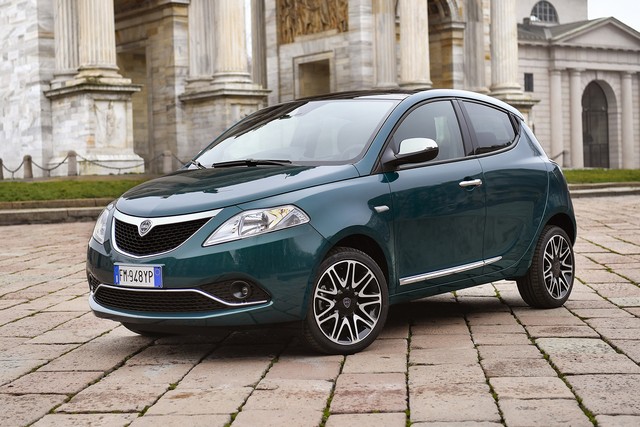 Lancia is a name historically associated with rallying, sporty and stylish cars. Despite that, they didn't sell that well outside of Italy and were taken over by Fiat in 1969. To reduce costs, Fiat based future cars on models of its own which is a common practice in the industry. Reliability and rust issues damaged their reputation and the brand has been in gradual retreat for decades.

Almost exclusively a European brand, sales there are a true reflection of the marque. In the early 2000's the main model was (and remains) the Ypsilon, formerly known as the Y. It was replaced by the second generation edition and in 2004 sales rose as a result. The compact executive Lybra had just replaced the Dedra but after a few years, sales were minimal. 2000 to 2004 had sales dropping from 174,000 to under 116,000.

In 2005, the mini MPV Musa was keeping sales steady without being outstanding. The Delta name was revived for a compact 5-door hatchback model. This kept sales steady from 2004 to 2009 at around the 120,000 mark.


In 2010, sales fell as models aged and replacements were not always forthcoming. The Ypsilon was new in 2011, going to a 5-door hatch configuration. The Phedra became a Chrysler Voyager and the Thema a Chrysler 300 in mainland Europe. These US models had limited success and sales dropped to the 70,000 point.


The retreat was now in full swing as models were reduced to one and only sold in Italy. It's sad but an inevitable conclusion to a once proud brand. Style will only get you so far and once reputation is tarnished, that is what will decide a marques future. (The 2019 year was added after the article was written).