Things were different in Austria in 1989. Japanese brands were stronger then than they are now. They were cheap, value for money, interesting and of course reliable. How things have changed for them. The Yen is more realistically valued, making them more expensive. They are for the most part conservative and dull. They are still reliable but the competition has made up ground in that area.

Other changes are premium brands are doing better now and the Koreans have arrived. Both Land Rover and MINI are no longer part of Rover, which has gone. However, the biggest change is how the Japanese brands have slipped back.

The first two columns are ranking for 1988 and 1999. The extreme right column is market share for '89 and the second from last column is percentage change from '88 to '89. 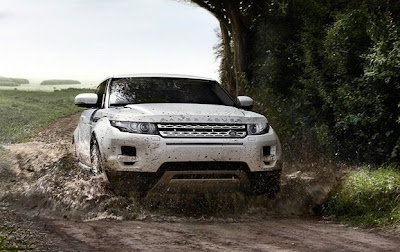 I'm picking if you want a list of Range Rover Evoque sales by nation here is the only place to get it, hence the exclusive tag. If anyone can show a site that already does it, please let me know and the 'exclusive' tag will go. Also, if anyone can add to the list, then please inform me and it will be included.

This is the first full year of Evoque sales, so a comparison with the year before is irrelevant. I have included a percentage of total Evoque sales column and you will see nearly 20% of them were sold in China. Over 12,000 sales are unaccounted for on the list (11%), so there is scope for finding out more. If and when I do, the list will lengthen.


This car has been an outstanding success. It was released much the same as the concept, something that rarely happens. That proves a good concept design can go into the market and succeed. Risk averse car makers take note. 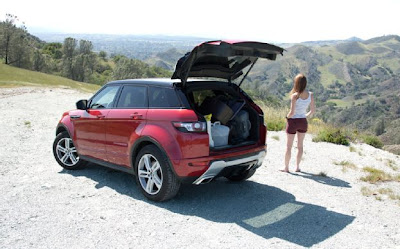 Picture credit: Thanks to wot.motortrend.com
Data source: Thanks to so many that enabled this list to be compiled. Last updated 6.7.13
Posted by RayCee at 09:46 No comments: 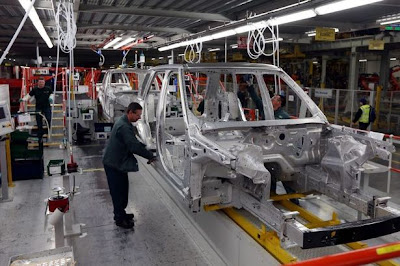 Car production in the UK was solid considering most of the cars made there go to Europe. That region is in poor shape so any growth is positive. The chart below shows rank, brand, whether they went up or down in ranking, numbers made, difference from 2011 and finally percentage up or down.

Nissan: Another stellar year for the plant at Sunderland. It is now at capacity so 2013 should be similar. 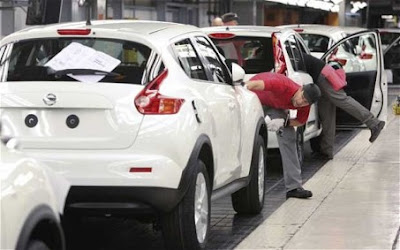 Land Rover: A 28% increase is robust to say the least. Now that an extra shift is running at Halewood and the all new Range Rover is on stream, we can expect a good increase for 2013. This is a brand on the move.

MINI: They managed to squeeze out 8% more cars than 2011, but the plant at Oxford is also at full stretch so any growth for 2013 would be minimal. A plant in the Netherlands will in future take any increases the marque delivers.

Honda: I was surprised at the size of the production gain at Swindon. However, recently laying off staff due the the European situation says 2013 won't be as good.

Toyota: The first of two brands on the list that actually decreased. Despite that, they are talking about more units leaving Burnaston in 2013 than in '12.

Vauxhall: What can you say about GM? Production volumes fluctuate in the UK like a pendulum in a grandfather clock. Well up in 2011, down over a third in 2012. I know GM is reducing sales at a fair rate of knots in Europe, but really can the plant at Ellesmere Port go lower than this? Well, they only made 76,000 in 2009, so I am picking another drop, albeit smaller. 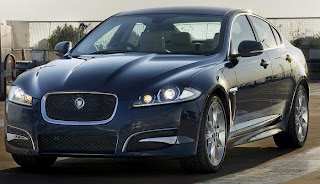 Jaguar: Somehow the 'big cat' growled louder in 2012, to the tune of 12% in fact. Improvements for the XF and the Chinese market enabled the increase. The XF wagon, awd variants and the F-Type say 2013 will again be a better year.
Posted by RayCee at 21:06 No comments: 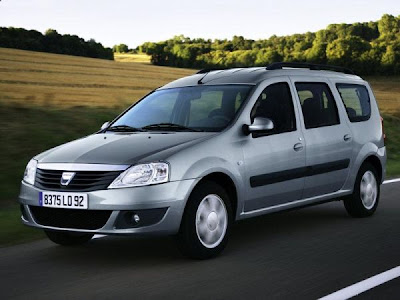 Moldova only into existence in 1991, when the Soviet Union ended. The language is Romanian, though the locals prefer to call it Moldovan. There are 3.5 million inhabitants who live in a country coming to grips with independence, not something they have any recent history of.

Car sales data is not easy to come by, but I managed to get this snap shot of the 2012 year. Because of limited data for 2011, the lower 15 brands do not have another year to compare them with. A 21.7% drop in sales was the reality for 2012 from 2011, with only Chevrolet and Land Rover able to report increases. To read the source of the data, please click here. Thank you to them for publishing this for us, the public.

The first two columns show 2011 and 2012 ranking, the second column in from the right is increase or decrease, and the extreme right shows market share for the major brands.