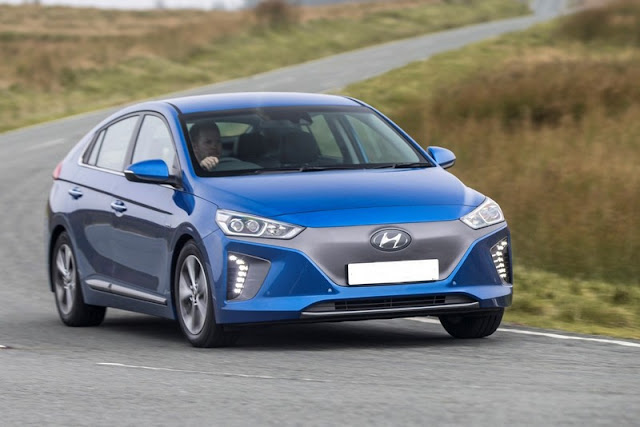 New Zealand is mainly a green country, but that is because of rainfall. Most of its power is hydroelectric so that is 'green'. How about fossil fuel? Searching for oil deposits is no longer allowed but as the country is heavily dependent on such fossil fuel, it is imported from countries that do allow oil exploration and any risks associated with their exploration is someone else's problem.

So electric cars are heavily promoted, right? Well, they avoid road user charges and they can be given preferential treatment regarding special vehicle lanes, if local authorities wish. The first part is until 2% of cars are electric and the second I'm unsure of the coverage of that.

The downsides are NZ is fairly sparsely populated country and distances to travel are deceptively long. Charging points are not that prolific. The initial purchase cost of new cars is high. So the take up so far is conservative. As NZ does allow used imports (mainly coming from Japan), that is the most common source of electric cars joining the national vehicle fleet. That said, they are still a rare sight on the road.

The chart below is for new cars and I believe LCVs. The percentage numbers at the bottom are for annual increases, which are strong. The number of electric cars sold is still low. I personally have driven an electric car and loved it. Will I own one? As a one car family, living in an area where travelling out of town requires large distances, I won't be getting one anytime soon. That's reality.


I'm not enamoured to the Chinese car market. The data doesn't include imported cars (denial doesn't make them go away) and their inclusion would swell some brands figures while adding marques not manufacturing in China to the list below.

Sales for these locally made cars were down 4.3% in 2018, perhaps the start of tougher times ahead, relatively speaking. Ford had a horrendous year while Suzuki has decided to leave altogether. Margins are thinning so for some that will mean losing sales to preserve margins or just going home.

It's not bad for everyone. VW was the early bird in China and that has helped it achieve and retain leadership. It even managed to improve its market share to 13.4%, despite a tiny fall in volume. Geely are now third although the growth is slowing. Numerous new brands have entered the market, all local ones.

If you want to have more detail, click on carsalesbase below the chart and Bart does a great job in giving the subject a thorough coverage, specialising in a few areas. I'm too broad in what I cover to have the time to do the more detailed information.


Data source: carsalesbase.
Posted by RayCee at 06:00 No comments: