The only benefit of history is if you can learn something from it. That's my philosophy, although history teachers may say there is more to the subject than that. Anyway, the figures below reveal much about an important part of UK car sales.

After World War II, the UK quickly built up it's peacetime industries such as vehicle production. What became - and I call here - BL* (British Leyland) had become a very large car maker with many nameplates. Once great, it didn't take too long for the company to start struggling with substandard management and fractious workers. Underinvestment soon led to a fine range of cars becoming increasingly mediocre. So BL lost it's way and effectively handed the top spot to Ford. It went from around 40% share in the 1960s to under 20% by 1979.

Much the same occurred with Chrysler, who in the mid sixties were progressively taking over Rootes Group (Hillman, Humber etc.). They wanted to do what GM and Ford were doing in Europe so Rootes and France's Simca was the way to do that. The problem was although there were some good Hillman cars in the 1960s, like BL the managing of Chrysler Europe left much to be desired. It too handed third place in the UK to GM Vauxhall and eventually fell away quickly from 1980, Chrysler having sold out to Peugeot in 1978. 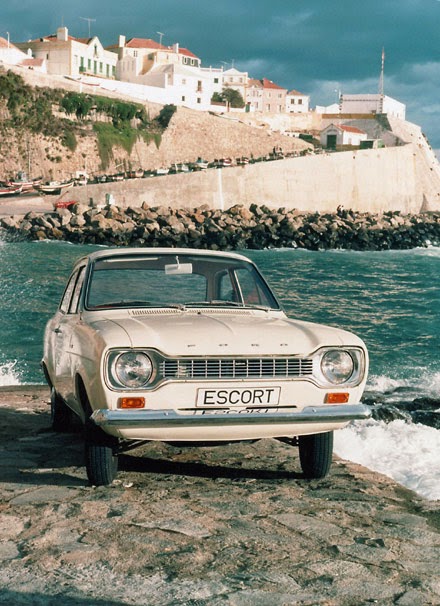 Ford UK was a steady brand through this time, with good, consistently successful cars. GM Vauxhall lost its way from the late '60s, but closer ties with Opel improved the product and by the '80s they benefited accordingly. Nissan has been a popular Japanese brand in the UK since its arrival and made the top four in the 1980s.

Below is the chart that reveals all that is discussed above. It has the top four selling brands in the UK, from left to right. The % figure is for the make that year. The extreme right % figure in the grey column is the share the top four had of the total market. The drop in that figure is another story. For sales, add three zeros.