BMW vs Merc vs Audi: Germany

The sales war between the three German premium brands is intense. How that battle has played out is interesting, no more so than in the domestic market. NSU and Auto Union were separate brands but combined to become Audi in 1969. I treat them as one company - Audi - throughout. The chart shows the year, then rank in the German market, sales figure and market share:


MB has been the leader here since the mid 60's, and BMW has been the smoothest in its progression forward - its sales gaining in every period listed. So far in 2011, all have lost market share and BMW has fallen to 4th behind Opel.

VW vs Opel vs Ford: Germany 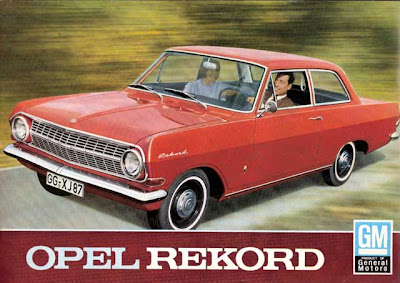 There are three brands in Germany that have been the mass production car makers. Below we see the year, sales, position in the market and percentage of the market captured:

Opel took top spot two consecutive years in the early 70's but that didn't show on the list. VW slipped in market share over the years, but has fought back recently. Opel was a real threat to VW, but now battles to fend off premium brands. Ford has failed to keep its share and is outsold by all three German premium brands.

In summary: VW is not as good as the chart indicates, but it is the real German brand and that is patriotism. Opel has recently under invested while propping up GM North America and it shows. Ford is better than its position in Germany indicates, but it obviously suffers with its image to now be so low in market share. 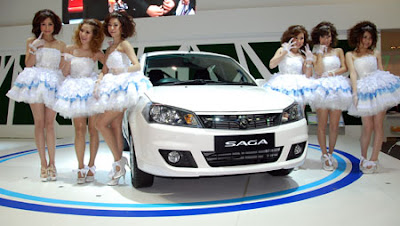 The Malaysian car market has import duties, restricting sales of cars to almost exclusively locally made or assembled. The two local brand names are Proton (lower pic with the girls) and Perodua (upper pic). Proton does its own designs based on Mitsubishis, lately with some assistance from Lotus. Perodua make Daihatsus under license. So how do they fare? Back in 1993, the earliest year I have data for, Proton sold 74,500 cars in Malaysia, accounting for a whopping 74% of the market! Perodua started selling cars a year later but soon made inroads into Proton's domination. Below is a comparison of how they have progressed since the early 90's. The figures show the year, sales, market position, then percentage share of the market:


You can see that Perodua has run down Proton and moved past it for a comfortable lead. It shows that Proton has to lift its game with its cars if it is to compete, not only if it has international aspirations, but even domestically. Proton tried to procure a tie up with VW but it fell through in 1996, as VW wanted to eventually take over Proton rather than just being a partner. However, Proton is still working with Mitsubishi and has had success in exporting some cars to China.

With its highly protected market, Malaysians have limited choice when it comes to buying everyday cars, hence most have to choose between these two brands. They do not directly compete with product, and the advantage Perodua has it is in the very price sensitive small car segment. Proton will have more pressure from other brands in the larger cars it sells.
Posted by RayCee at 13:02 2 comments: