This is s company on the up, making fantastic drivers cars for those who want and can afford this sort of thing. For most of us, even sitting in one is something we will never do, let alone take one for a spin. Mind you, if I did take one out for a drive, it could end up being spun at some point.

The big disappointment is that 21% or 1 in 5 sales are missing from the chart. Germany, for example, isn't even there but we can do something about that! Europe is quoted as 892 sales for the 2017 year and if you take away the other European sales below, that leaves 201 units. Germany would take by the far the majority of those sales, I would assume.

The Mclaren racing team was founded in 1963 by a New Zealander, Bruce Mclaren. These cars, therefore, bear his name and the marque does very well in this tiny country, with 1% of all sales. The cars the company make do his memory proud.

The US figure is an estimate (not by me) and clearly a market that has embraced the Mclaren supercar. Add the UK and there are half the marque's sales. It's a relatively new company so that percentage should drop as time passes and the marque establishes its reputation, a loyal customer base and the dealer network expands. However, the company has no plans for an SUV. It's not what they do and that's a bold stand to take.

I have compiled a list of some national sales for the Lotus sports car brand in 2017. It's by no means comprehensive with 15% not accounted for but gives an idea of where they sell best. The US figure is an estimate. If anyone can add to, please let me know and I will amend the list.

Production was up 13.8% over 2016 as the total figure seen on the chart below is for global production. The rest of the data is for sales. The home market is unsurprisingly where most sell but not by that wide a margin. There is room for growth in virtually all markets. One country that seems to be achieving an exceptionally strong sales volume in Australia, so that may be one instance where registrations are at their maximum level.

Owners Geely wants to take the marque to a higher level of sales, something essential to make car manufacturing profitable. Eventually, an SUV will come along which will help with the bottom line. It has to happen. 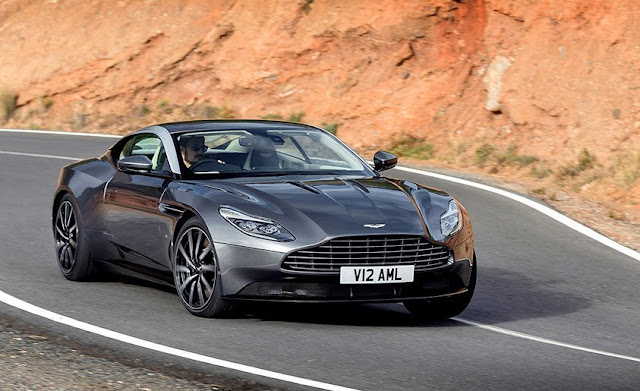 I gathered from around the world, from different sources, sales for the evocative Aston Martin marque. This isn't a list that Andy Palmer (CEO AM) emailed to me, which would differ I am sure in detail if it was. Overall, it is a reflection of where they are sold. The only guess is the USA, where I had data from but it didn't add up. Perhaps it's time to send that email.

This is a company on the up. Sales are past the 5,000 mark and up 39%. An SUV is on the way and we know the sort of effect that can have on sales. The UK and US stand out as the strongest markets for Bentley, with Germany, China, Japan and Switzerland following. Australia does well and New Zealand is amazing for a country that size. That latter success is nothing to with me, by the way. I've never even sat in one, let alone bought one.

The colours below represent regions. Dark blue Americas, pale blue Europe, yellow Asia/Pacific and mustard Africa/Middle East. The figures are indicative rather than absolute, depending on the reliability of the source.