Things continued to change in the Korean market. GM acquired Daewoo Motors, the Daewoo commercial division was taken by Tata, Renault likewise Samsung and SAIC took over SsangYong. Other than that it was business as usual.

Hyundai retained just under 50% market share for the decade. Its sibling brand Kia was consistently in the high 20's. 'Others' - being mainly SsangYong and Samsung - did increase their share but were a bit wobbly. Daewoo was the loser, dropping from 17% to a paltry 8%. 96% for local vehicles was huge and Daewoo's share of that was now very small. Imports rose from virtually non-existent to just noticeable.


Jaguar Land Rover chief executive Dr Ralf Speth gave The Duke and Duchess of Cambridge a tour of the manufacturing plant. They also had a drive on the LR Experience off-road course, as you would. 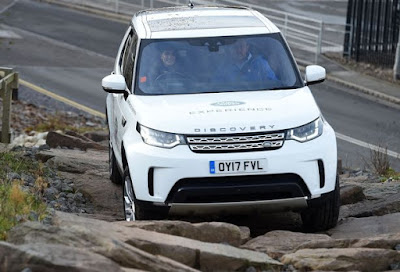 They got to meet one of the workers there for a chat. 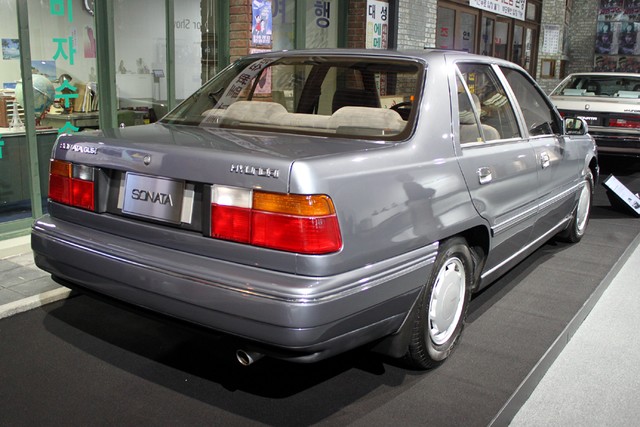 In a recent Australian car magazine it waxed lyrical about the Korean car industry. They had a Clark Kent style of man ripping his shirt apart to reveal a Korean flag on his chest. Call me cynical but I didn't buy the amazing rise of the industry because I know how much help it got and continues to get. Certainly Korea makes cars in goodly numbers but it is protected domestically by inordinate tariff barriers and has had government subsidies to help it along as well. No wonder it's so successful.

Of course it still has to make cars desirable in those markets that it has to genuinely compete and that has been achieved. The point I make is with the home market safely in its grasp, the profit made from that gives it a strong advantage.

Below in the chart we see Korean domestic sales by group. Hyundai and Hyundai Precision make up the first column. This is the most successful part of the Korean car industry. Through the 1990's it accounted for between 43-50% of local vehicle sales.

Then there is Kia and Asia Motors, the latter purchased by Kia in 1976 and gradually phased out. Kia itself filed for bankruptcy in 1997 and Hyundai moved in to become a shareholder and rescue it. It's share of the market varied form 21% to 35% over this decade.

Daewoo Motors was an ambitious company which along with Daewoo Heavy Industries had a reasonable share of domestic sales. It took over the troubled SsangYong company in 1998 but as that lasted only two years, SsangYong remains part of the 'Others' section. Daewoo/DHI ranged from 15 to 26% of the market.

Other Korean was mainly SsangYong which at best reached 9%. Also Samsung came along in 1998, but by 1999 it was already in trouble due to the Asian financial crisis. Lastly imports had just started and struggled to get 1% of sales due to the duties imposed. Would imports remain a rare treat for a privileged few?


In Korea, the top brands (yellow in the chart below) are the main selling brands. Imports have slowly been growing but still are small in comparison, thanks to tariff protection. The data below excludes commercial vehicles which would favour the local car makers if included.

Locally made cars have been relatively static, despite a reasonable increase in total sales. I don't have a breakdown of import sales by model so can only assess the totals seen below. Clearly some brands have done better than others for whatever reason.

To see the first in the series, simply click here.
Posted by RayCee at 16:07 No comments: