A definition of a conundrum includes an insoluble, or difficult problem. I have a few automotive ones I would like to air. 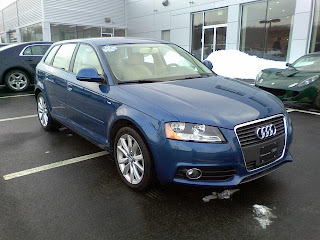 Audi styling: I find it confusing and bemusing that Audi can make cars that all look much the same and so boringly styled, yet people actually buy them. As an example, take the A1. You could have a fun MINI, a trendy Citroen DS3 or even a funky Fiat 500, but surely not the Audi offering. It makes me realise how banal, how dull many motorists are when they would happily hand over hard earned money for an Audi. I wouldn't. Style surely counts for something.

Jaguar SUV: Actually, there isn't one and that is the point. All premium competitors have them, but not Jaguar. True, Land Rover does SUVs and they are one company, so let's not risk sales being canabalised eh what? However, VW, Porsche, Audi and Skoda all do SUVs too, and they are all in the same company. Sure, they may take some sales off each other, but mainly from the opposition. Jaguar could have gone the soft SUV whilst LR stayed with the more rugged variety, which it is anyway. No, this is a massive blunder that is costing the company so much money because it is a profitable segment to be in. That is why everyone else is doing it. I think Jaguar has some smarter people running it now.

Hyundai's New Model Identification: I'm not against letters or numbers on cars, if they are logical and there are not too many models. Hyundai has ditched car model names for this system. It started out alright, but as the roll out continues, I'm starting to get a glazed look come across my eyes when I try to comprehend what an i30 or i45 is. If the range is too big, it gets complicated to me while names do not have the same effect. Same goes for Mercedes Cl, CLK, CLS, SK, SLK...I'm getting that glazed look again. 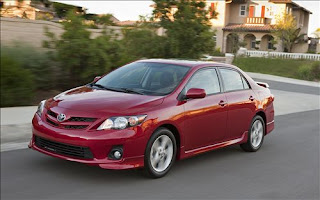 Dull Toyotas: How can a company with the wealth and resources of the largest car maker in the world turn out a range of refrigerators on wheels. Actually, why are they the biggest car company in the world? Do people want to drive dull and reliable cars? Well many do in most parts of the world. One area they do not want dreary cars is Europe. If Toyota ever wants to conquer that region, it had better start building something actually nice to look at and satisfies passion. Zzzzzzzz.

Same old Porsche Sports Cars: I believe Porsche sports cars are a good drive. Pretty reliable too maybe. Notwithstanding, they look very similar to designs produced around the 1930s. I really do not think any Porsche is good looking (the Cayenne is just plain ugly), but they persist with this aged style. Some imagination is called for I think.
Posted by RayCee at 07:38 No comments: