UK engine production is one of the few recent success stories in manufacturing. From the nation that brought the world the industrial revolution that is a sad indictment. Under-investment, poor labour relations, a high currency value and little loyalty from the public all played their part. It suits some manufacturers to make engines in the UK so the numbers aren't bad.

Ford is the main producer, turning to engines after it ceased all car making there. Numbers were down in 2016, but these things are cyclical anyway. It still made just over half of the total.

Nissan and Honda numbers were slightly up but their share was slightly down. BMW and Toyota were up on both counts. JLR has returned to engine manufacturing for the first time since 2005.

This year engines made for cars manufactured locally were up 32%, while those exported dropped 6%. That still means 55% are sent offshore as they are, but that is lower than it has been for some time.

Summary: The value that engine manufacturing brings to a country is less than car assembly. Still, in a nation that has too long neglected its manufacturing history this is a positive. They are not record figures but, rather, solid ones.

The figures below are in thousands, so three zeros need to be added.

In 2010, the DS brand was spun off as a premium alternative to Citroën. Sales in Germany fell 23%, Citroën sales slumped 37% (32% including DS) and market share dropped to 2.2% (2.4%). The top seller in the range, the C1 dropped 51% but with the market so weak, nothing went well. Sales continued downward as total German sales started to pick up. The range of models on offer was reduced as smaller selling ones were culled. Bigger sellers also suffered as it appears that the brand moved toward a more profitable pricing structure.

In 2014, things improved slightly and leveled off. The current situation is 1.5% of the total sales which is not large for what is a mainstream brand. What surprised me is that out of all this emerged a van as the leading selling model. It's sold as the Multispace.

Summary: Car buyers in Germany are strongly in favour with brands associated with the country in some way. On top of that, this is a price sensitive country and that is something this brand isn't interested in selling on. Due to factors such as these, Citroën has settled down as a fringe brand in the German market. 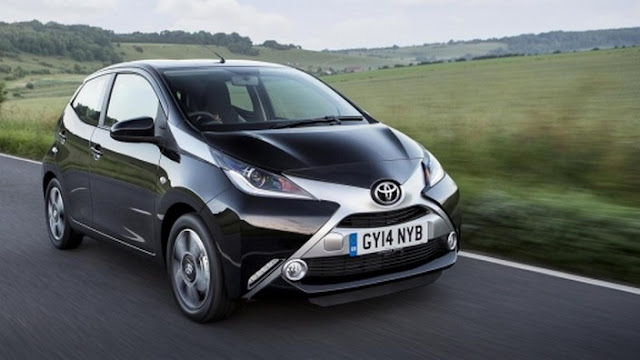 Toyota had a good decade previously in the UK, yet it's share slipped during the six years of this period under discussion. To find the problem isn't obvious at first. Only the medium large Avensis model fell substantially. However, the overall market in the UK was very strong for sales and while Toyota didn't lose sales, they didn't grow fully with the market.

I think Toyota was simply not aggressive enough. Discounting to buy share isn't smart and that wasn't what they did. Increasing your share of the pie is best achieved through product. The new C-HR arrived late 2016 and that has styling that was clearly aimed at the likes of the Nissan Juke. Nissan did it right with that model so why not take a leaf out of their book?

Summary: Japanese car companies have become far too conservative for European tastes. Toyota is starting to wake up from its dozed state and is looking at producing a more exciting range. That will work for sure, if they can hold their nerve. Fortune favours the brave.


Data source: Toyota UK. A big thanks for them in being so generous with their data. It would be nice if others were too. The publicity doesn't do any harm either.

To go to the first in the series, simply click here.
Posted by RayCee at 15:58 No comments: