Cars are beautiful and they are certainly all the more appealing with an attractive girl. Below are some examples. 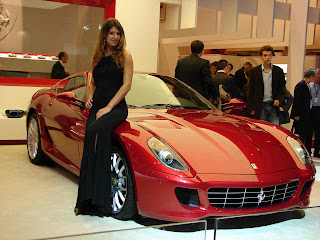 Here is a very nicely dressed, classy model with an exotic car. She really makes the photo don't you think? 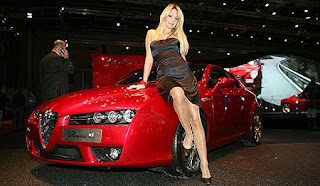 Likewise with this model. Sitting on the bonnet and looking most elegant. 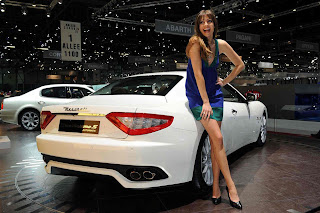 This woman obviously enjoys the attention next to a car of this style and class. 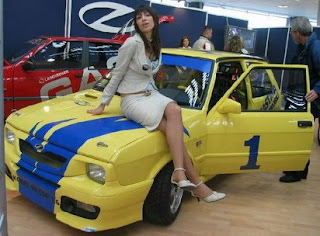 Finally, a young woman enjoying the spotlight with a ...Yugo??? Hasn't she noticed what she is sitting on? I guess she is doing what she is paid to do. However, even she cannot make this car look good.


The bottom line: If someone thought a beautiful model can make any car look good needs to realise that the impossible is just that..
Posted by RayCee at 15:29 2 comments: 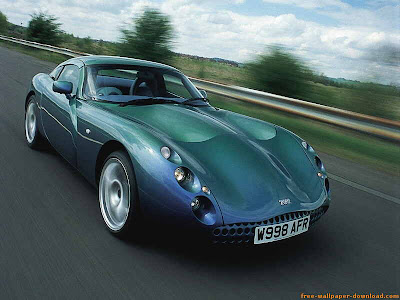 In the 1950s, TreVoR Wilkinson started making TVR sports cars (his first name was used to create the name). They made light cars with big engines and developed a cult like following. The company was eventually bought by a Russian man, Nikolai Smolenski and shortly thereafter, the company closed in 2006. There has been much speculation since about its revival and it may now do so in Germany.

As to what went wrong, I think it was a case of too many eggs in one basket, ie the UK market. TVR from 2001 to 2006, averaged only 10% of production for export. As a comparison, in 2008 both Morgan and Caterham exceeded 50% of production exported and Lotus 75%. This was critical for Lotus, whose UK sales fell from 1,300 in 2002 to less than 500 in 2009. I cannot compare sales, but TVR production fell from nearly 1,700 in 1998 to 700 in 2005. It seems the sports car market in the UK was shrinking and TVR was left vulnerable. The fact is, even when things were better, making money out of relatively small runs of sports cars was difficult.

TVR was a fascinating part of UK car making, which collectively is a shadow of its former self. The British have great ideas and made some great cars, but lack of investment and aggressive sales marketing has led to its current position of a few makers in foreign hands. The Germans have shown that making unattractive, sterile cars is very profitable if you invest in R&D and plant, make them well and push hard in marketing.

The bottom line: TVR has gone but their cars must have brought grins to the faces of many an owner. 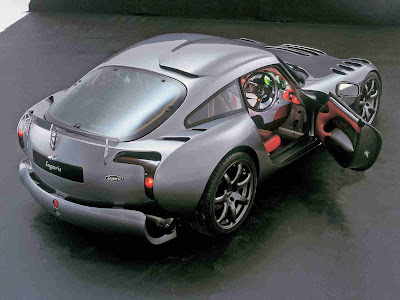