Below are pick up truck sales of six models. For this exercise, small pick up commercial vehicles based on small vans are not included. Here we just look at the larger pick up, which often have SUVs baded on them.

Asean nations are Brunei, Cambodia, Indonesia,  Laos, Malaysia, Myanmar, the Philippines, Singapore, Thailand and Vietnam. About 650 million people are encompassed within this grouping and roughly 3,150,000 vehicles were sold.

Overall sales were up nearly 5% up on 2016 so this sort of vehicle was ahead of the regional total. The one exception below was the Hilux, which was nearly caught by the Isuzu D-Max. The Ford Ranger is the most popular car in New Zealand and sells well in other mature markets and was third here, with a healthy 26% increase.


These last three segments are disparate but they have to be put somewhere. They also are having varied success. Let's take a brief overview of how they have been faring.

The Sports section had about 3% share in 2004 but are now under 2%, although these was a slight improvement for 2017.

The SUV reminds me of lyrics from War of the Worlds, where it says "...but still they come". Like an invading army, nothing seems able to contain the relentless march of the SUV. From just &5 in 2004, they took 18% in 2017. They still have some way to go to taking over the market but who can say where it will reach its saturation point?

The MPV is probably as practical as a family vehicle can get and sales have held up well. Despite that, share has dropped from 6.7% in 2014 to 4.4% now. That's quite a swing. maybe the SUV is proving a more enticing proposition from what is a often regarded as a dull segment.

A major reason for two of those dropping is the SUV, which have become ubiquitous. Whether we like it or not, they are taking over, although some are crossovers which are slightly raised regular models. Still, they handle well with driver aids and offer a better view and more space that the conventional car.

BMW and Mercedes are the main brands here, with the odd Audi and Jaguar to keep things slightly more interesting. Not one model entered or left the charts. I would like to say a one off but the same models were there in 2015. It seems a predictable lot buy larger and premium cars.

Data source: SMMT.
Posted by RayCee at 17:49 No comments: 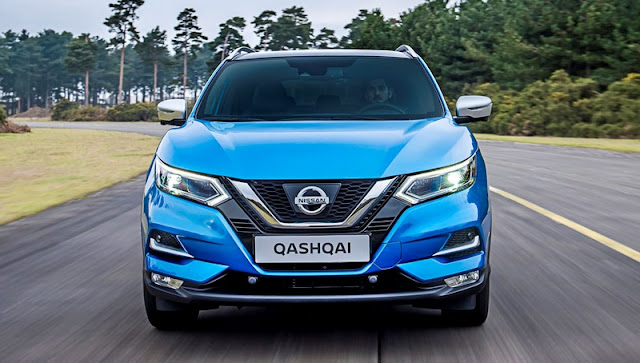 Comparing the three smaller car categories in the UK, some trends occurred over the past year. Let's look at the them each.

Mini: Overall share is small and downsized slightly for 2.8 to 2.7%. VW went up! one, while the Viva slipped down one. The i10 is the big seller here, otherwise nothing much to see.

Supermini: The segment fell from 32.4% to 29.5%, quite a drop. Ford Fiesta remained the top selling model in this category and in total. However, the volume took a hit. The rankings stayed the same otherwise. Nice to see the Juke volumes holding up well.

Lower Medium: This segment held sales pretty well and because of that took its overall share from 27.3% to 28.7%. The Focus was bumped out of top spot by the Golf. I am almost speechless to know why a company so blatantly cheated on something that affects the health of its citizens was so well rewarded by the self-centred UK public. Maybe the clue is in the term 'self-centred'. Qashqai sales were up slightly in a depressed market and the A-Class replaced the A3 at 5th.

Data source: SMMT.
Posted by RayCee at 19:10 No comments: