A Site I Recommend For Car Sales Data

I am not one to promote websites unless they offer something of high quality and accuracy. They also need to offer a goodly amount of free data. It also helps if they are open, friendly and quick to respond to enquiries. In all of those things, I find Focus2Move ticks the boxes. It was founded by Carlo Simongini, who is still a managing partner there.

The difference with what I do is apparent once you visit. I operate alone doing a hobby I enjoy, while Focus2Move is a business with resources to gather statistical data. Many consultancy firms are only really interested in selling to you, not in giving out information. On Focus2Move, while there is data you have to purchase, plenty of free information is there for the browser too. While that remains the case, it is something to be recommended and somewhat unique.
Posted by RayCee at 11:08 No comments: 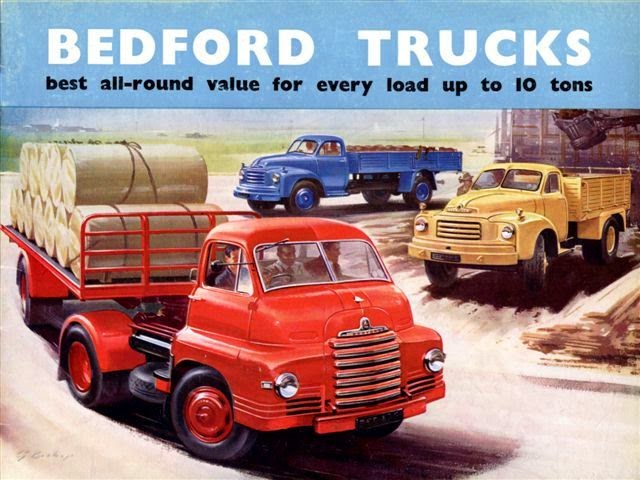 Commercial vehicles are a section of the car industry that is overlooked by most. Understandable as we drive cars. So trucks and buses are simply large road users that block our view ahead and go slower than we would like. Basically they are necessary nuisances. However, they are an essential part of society in shipping both goods and people around.

After the Second World War, UK industry switched back to civilian vehicle making and CVs were an important part of that. By 1960, the UK was a major supplier of CVs to many parts of the world. 1969 was the peak at 465,720 (although if you add cars, 1972 was the biggest in the number of vehicles made).

The percentage peak of CV production was in 1951, but as more people were able to afford cars, naturally they became an ever larger part of vehicle manufacturing. However, that doesn't answer the drop that occurred in CV manufacturing in the last few decades. The right column shows that CV manufacturing is now down to 5.5% by unit volume, so what happened?

As UK firms underinvested in both R & D and plant, the whole vehicle making industry suffered. What saved the UK car industry was overseas companies arriving and setting up car making factories. That didn't happen in the CV industry.

The good news for the UK is that heavy truck and bus manufacturing are at least stable and even doing a bit of growing. The bad news is that vans have suffered as Ford first reduced, and has now recently stopped, its Transit production. GM is the only van maker of note, and as long as they continue making Vivaro and Astra vans in the UK, there will still be a figure in the LCV column.

Summary: UK car making is going really well, but it's CV production is looking rather sad. Still, that is what happens when an industry is neglected.


Bedford pic at top from Commercialmotor.com.
Posted by RayCee at 09:02 No comments:


When it comes to releasing sales data, Renault win my award for being the most open car maker in the world. As to why others are not so forthcoming, I assume they either have a deluded notion that their competitors have much to gain from such a revelation (they already know, duh) or that the public simply have no right to know. The statistics below are openly supplied by Renault. Alright, in Europe statistics are generally available, but not so in many places and with those Renault is equally transparent. May others follow their lead, but don't hold your breath waiting.

In the chart below, the sales figures to the right are in hundreds. So for example, 101.4 equals 101,400. You can see that movement between the top 10 and second 10 has been limited. As Jaroslav kindly reminded me (see comment below), the figures include the Dacia brand, as well as light commercial vehicles.

Russia and Turkey have grown well in this period. Others such as Spain and the UK not so well. I believe in the UK market share was chased with discounting, but when that stopped sales fell away. That shows the folly of such a policy and the market will take a while to accept the higher value situation. Renault have learned from that.

To see posts about other areas in this series, click on the name of the region:
America, Africa, Asia, and the Middle East.