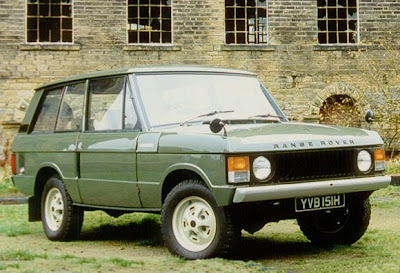 On June 17th of 1970, the Range Rover was released. It was the second vehicle in the range, joining the 4x4 Land Rover now known as the Defender (article below). This was the the 'car for all reasons', a mix of luxury, cross country, estate (wagon) and performance. Of course it is much more up market now than it was then. The fact is however, it was thought a crazy idea because it was answering the question no one was asking "Who wants an off road luxury car?" Well thousands did and it took off straight away. As to why Rover went ahead with the Range Rover was either typical British eccentric thinking or a stroke of genius.

The design was very good, even by todays standards. So good that it is the only car to be exhibited at the Louvre Museum as automotive art. The original was a relatively basic vehicle inside, with no wood, leather, or carpet. The seats and flooring were vinyl to make it easy to hose out. It's towing capabilities and high speed cruising speed were big pluses that were emphasised on its release. It took 11 years to get four doors and 26 years before it got its first facelift. Each new Range Rover model has got more upmarket, which reflects the increasing standards of luxury expected by buyers. To see a video of the 40th anniversary, use the following link: http://www.youtube.com/watch?v=VskcvLU7eRU&feature=digest

The original shape is iconic and the latest follows in its footsteps as being peerless in style and execution. Many pretenders have come on the market since the original, but they merely follow the best 4x4 by far.

The bottom line: The Range Rover is big, strong and pure class. 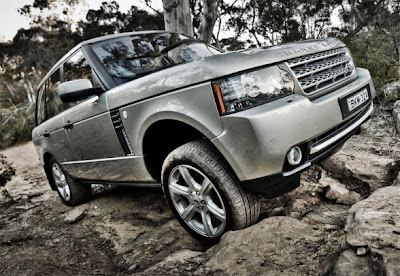