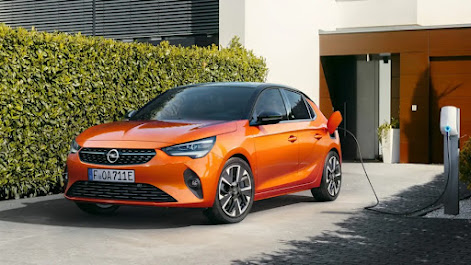 New Zealand has a myriad of car brands, some of which could only be described as bottom feeders. There are several marques with comprehensive dealer networks and the rest are in main centres only and selling in limited numbers. It's a tough market to crack unless you got in early or are now arriving with a budget priced product.

European brands that are not premium are the ones that are confined to larger cities so the fact another one is coming is a surprise. As the title says, it's Opel. They could have gone with Vauxhall which was a popular brand but too long ago for modern buyers to relate to.

Opel was sold in NZ from the late 1980s until the early 90s. Just over 2,500 were sold which wasn't too bad but then it was absorbed into Holden. Now Stellantis owns Opel and have decided to give the market another crack. Electric will figure heavily but not entirely. Vans may join the ranks later too. A commencement date is yet to be released.

NZ seems to be a test run market in this region with for example Škoda, SEAT and Cupra all entered the NZ scene and then into Australia later. I assume a similar scenario may occur again if the brand's introduction into NZ works out. That may also depend on our cousins across the ditch being more encouraging of electric vehicles. 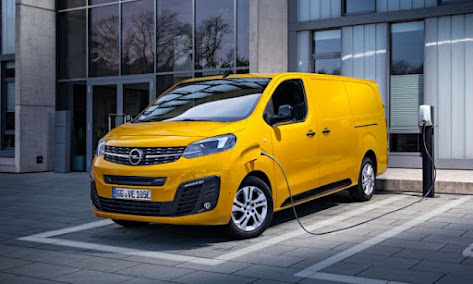 After a challenging 2020 when sales were down 26%, the rebound in 2021 was an eye catching 49%. The new, second generation Ghost was the major catalyst behind the sales upswing. It even came close to dethroning the Cullinan SUV from the top spot. 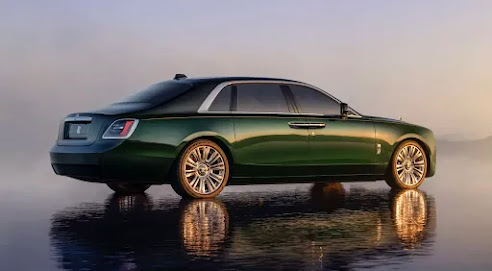 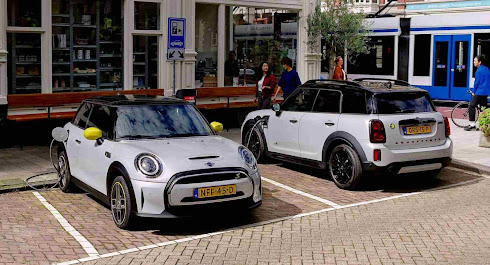 The MINI brand was up 3% in 2021, after the 16% reduction in volume the previous year. The range is very stable with three of the four models enjoying an increase. The total is down on the record 370,000 of 2017 but a shift away from chasing volume seems to be the reason. It's now settled around the 300,000 unit level.

Where the range will go in future is not something BMW talks about. There has been speculation about the Clubman but nothing is really known outside the company. We do know that the next generation Countryman production is leaving Born in the Netherlands and going to Leipzig, Germany in 2023.

PS. I won't be doing my usual annual coverage of BMW brand model sales due to insufficient detail. 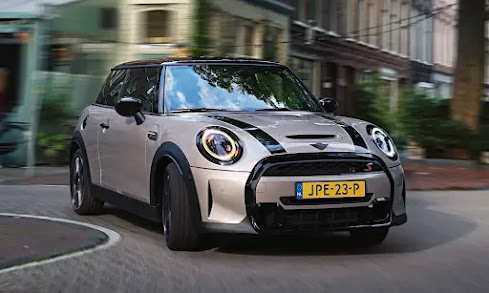 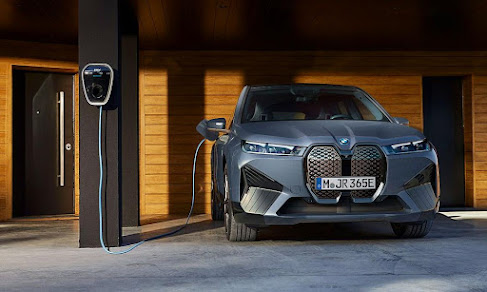 Where are BMW Group cars made? In many places as you can see below. Nearly 2.5 million cars were made in fourteen group sites, two contract plants and some partner facilities. The numbers were up 9% in 2021, after falling 12% the year before.

Germany is the leading country for manufacturing (31.3% of the total) although China (28.5%) is getting closer to becoming so. The USA (17.6%) and the UK (7.8%) come in some way down in volume. After that it is shared across many assembly plants in much smaller numbers. 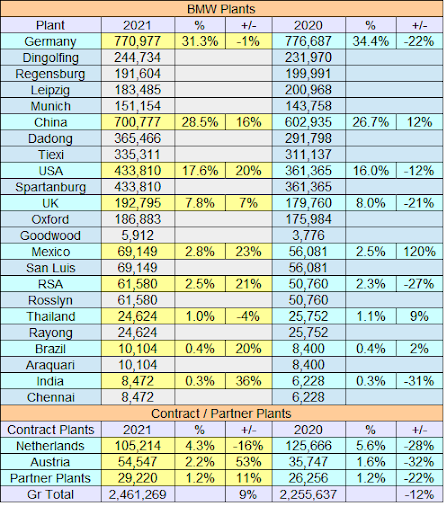 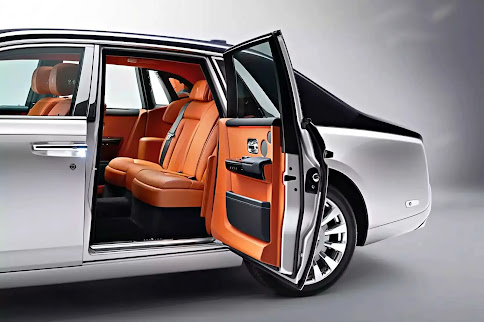 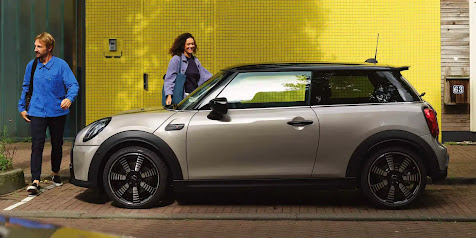 Looking at the rest of the world that covers Africa, the Middle East and the Pacific we have a broad but somewhat sparse coverage. The average is not too impressive 13.9% for MINI sales compared to the BMW brand or slightly below 1:7.
What I didn't realise was how popular the MINI is in NZ and I live here. Wonders never cease. The ratio here is nearly 1:3, better than the UK! Compared to Australia's miserable 14.4% (1:7) it shows the difference in the markets in this instance at least.
Africa is at the lower end of the scale, presumably buyers contemplating premium are thinking something bigger. I would have liked to have added the likes of the UAE and Saudi Arabia or the combined GCC but I couldn't find anything for the former nor a split for the latter. 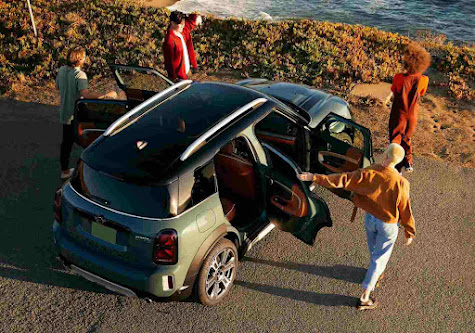 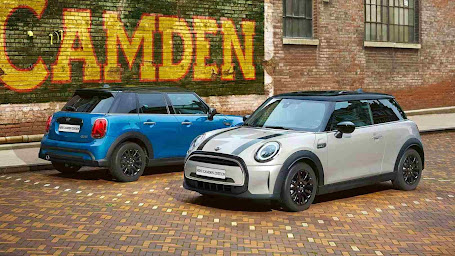 One thing from this exercise is Eastern Europeans don't get the MINI. Does the idea of a small premium not count for much? I think so because those that buy premium in this region can afford to splash out on bigger vehicles.
Comparing MINI with BMW brand sales, Hungary is 11% or slightly under 1:9. It goes downhill from there. The average is a poor 7.4% or a ratio to 1:13.5. Russia is 1:18 but 2022 could be anything with sanctions now operative. 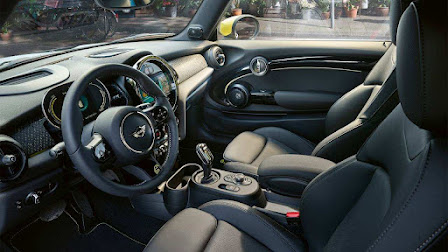 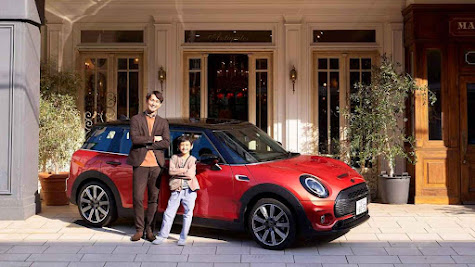 Trying to get an up to date split between BMW and MINI isn't always achievable. China is one example. Anyway, there is enough variety to keep things interesting. The average MINI sales compared to BMW is 23.3% or not far off 1:5.
Japan is the biggest market under consideration and the Mini has been popular going back into the mists of time. The modern version is still right up there, taking 1 in 3 sales for the BMW Group. A surprise to me is Indonesia.

I thought Taiwan and Singapore especially may have better hunting grounds for MINI than they are. That's why this sort of analysis is interesting, it's not always predictable. 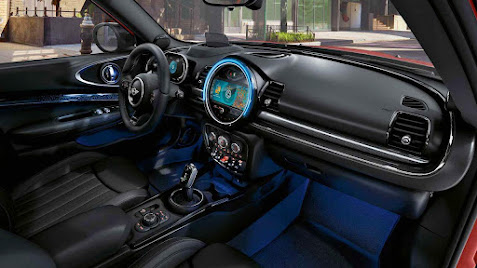 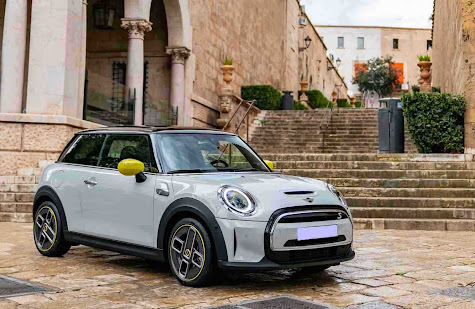 Here we look at MINI's percentage of BMW brand sales. For example, 25% is 1 in 5. From the outset, MINI took the USA by storm and for many years maintained that success. Even as recently as 2012, it had 23.5% of the BMW brand total. That was close to a 1:5 ratio. Then it just fell away and in 2021 under 9% or 1:12. I was surprised something small sold so well there.
Canada has had a similar situation but not nearly as drastic. MINI wasn't as popular as the US and although sales have fallen, MINI now has a better percentage compared with BMW.
In Mexico, MINI has fallen a bit in its share but is still very popular. That pattern is consistent with the other countries as well. 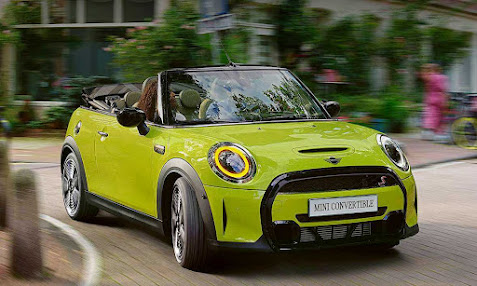 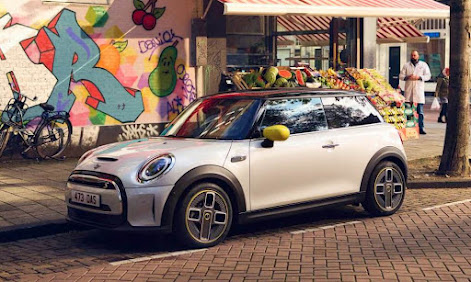 25% of BMW's sales would be a 1:5 ratio so I was anticipating up around 30%. I didn't expect Southern Europe to be the global hot spot for MINI sales as a share of BMW Group sales. Nearly 35% or over 1:4.
The reason comes down to France and Italy. The two largest markets in this region and the MINI sells well in both countries. France has the best percentage of 55% (bettering 1:3) of BMW's total sales. In fact,  the best anywhere in the world I have data for. Italy is 34.5% or in excess of 1:4.
Greece and Spain are also MINI markets. After that, it falls away quickly and on reaching the Balkans region, the MINI is not on many people's shopping list. 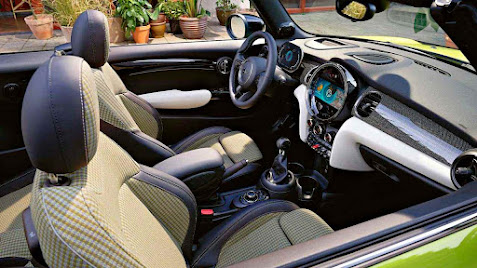 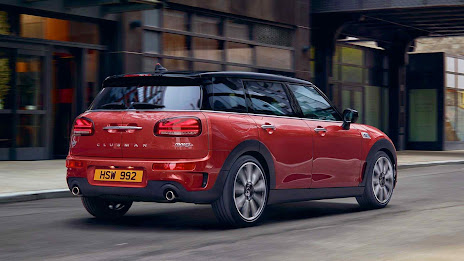 How does MINI compare with the BMW Brand in terms of sales volume? 25% of BMW's sales would be a 1:5 ratio, which is what I expected. Northern Europe is close to that at 23.7%. That is a little low, considering they are made in the UK and the Netherlands, both in this region.

As it turns out, they are the only two places that exceed the average. That did surprise me in that I thought the average would be lower down the list, perhaps a third of the way down. The popularity in the UK - the second largest market - took the average figure upward.

The two principalities come next, that being expected due to their diminutive nature. Switzerland is the only other one that cracks the 20% mark. As for Norway, MINI has an electric model but maybe not soon enough to make a mark yet. As for Finland, they do like larger vehicles although some MINIs aren't that small anymore. 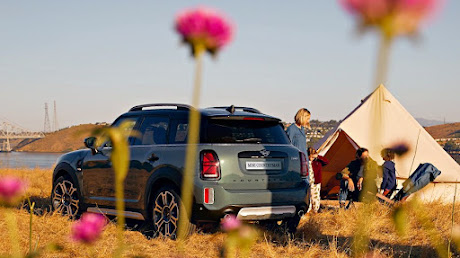 This country is closely aligned with Russia so there is no surprise that Lada is the best selling brand. It has been so for the past three years and is tightening its grip on the top spot. Geely from China is next and is the main supplier for that country. It has an assembly plant in Belarus although production volume is well short of what was expected when the plant opened in 2017. 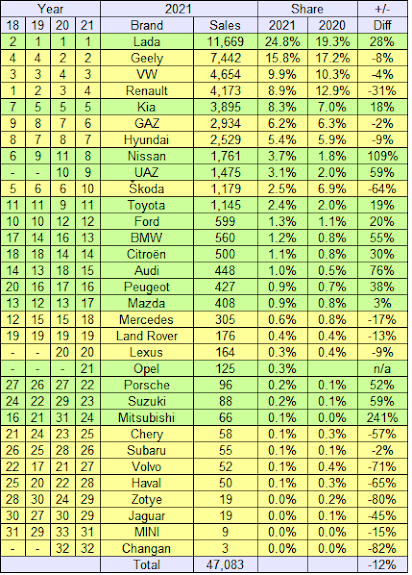 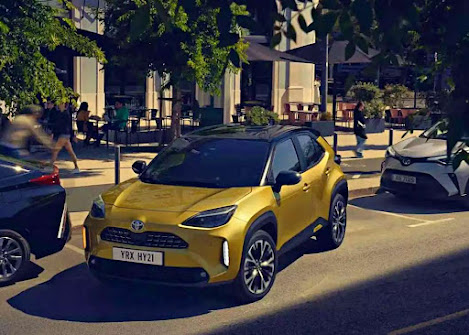 Registrations were up 21% for the year but no one would doubt that number will be down in 2022. Obviously, things will be very different in 2022 with a war going on within its borders. Humans could never be trusted to bring about real peace and the feeling of security that would engender.

The +/- Diff column in the chart below shows which brands increased or decreased their share, so many that had increases in sales will show a negative return. Toyota and Renault both lost share with the latter dropping volume as well. Their lead is still substantial though. VW and Ford have both been slipping down the rankings for a few years now. 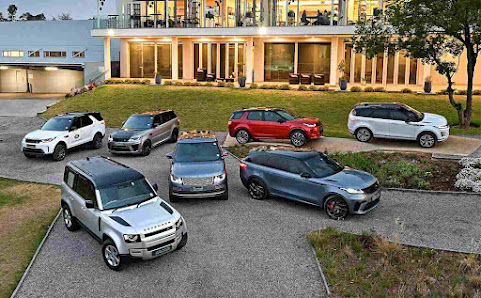 The country has changed during this century and the chart below gives an insight into one of those changes. The premium sector was looking sound in the early part of the century but the last several years have witnessed a shrinking of sales of some magnitude.

The top three German marques seemed to do best in the good times and were hit the most when the lean times kicked in. With semiconductor chips and other issues confronting the industry, it's not clear how things will go in 2022 but maintaining the status quo would be a good result.

One has to assume that the middle class that once frequented the premium brand showrooms in goodly numbers has shrunk. That's not surprising and even a good thing if the wealth was being spread around more evenly. Unfortunately that's not how things go. 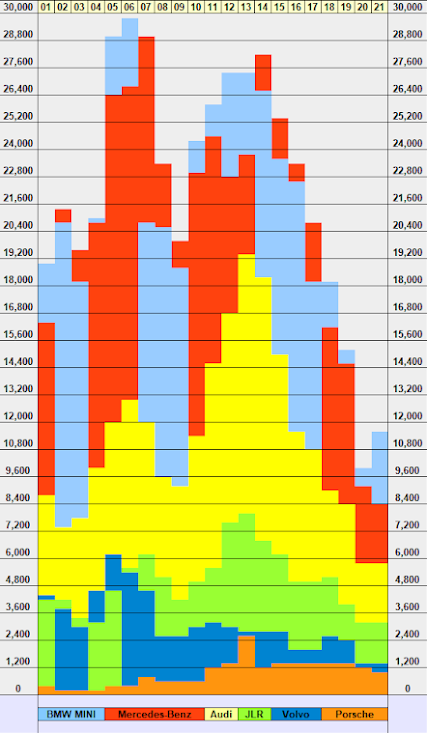 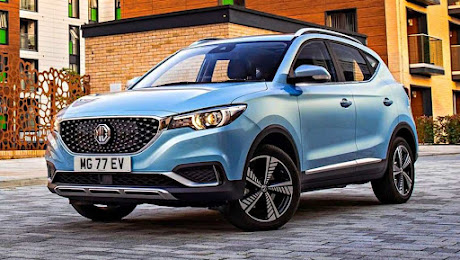 How a nation will embrace a new car brand is uncertain. In Australia they took to Chinese brands quite quickly after some initial reticence. That caution was understandable as a vehicle is a major purchase with qualities such as reliability and durability are balanced against value for money. The value equation is there and reliability has improved so two boxes ticked and that was enough for many to take the plunge.

Below we see Foton was in early but exited quickly too. LDV has been around for some years now and considering the range that majors on vans gone well. Some European heritage may have eased concerns too. Great Wall was initially into pickup trucks but with the addition of Havel SUVs has made progress. MG came late but with a classic name and value kicked off like few if any could have anticipated.

Probably the only thing stopping more brands from joining in is Australia is right hand drive and China is not. I would assume that hurdle will be overcome as they see MG and others making hay. 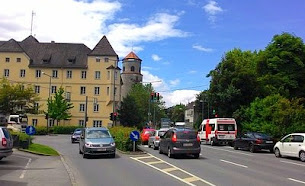 Tucked away in the European Alps is this tiny principality. They have a very sound economy and many can afford to purchase premium cars. They are also open with their data, as long as one is patient. The list is colour coded and that shows how strong Euro brands are.

With small numbers, things can change quickly. Top one year, well down the next. Unusually a van style vehicle is the best selling for the year. Then second the Toyota Yaris came from deep in the chasing pack to second place. So not everyone buys premium. Last year's top model fell to seventh. 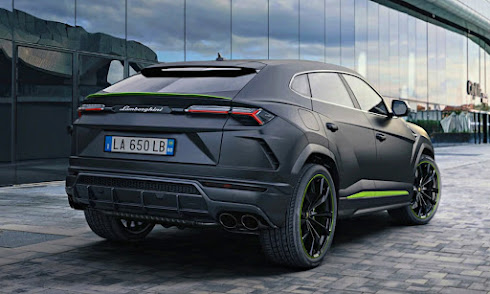 SUVs have permeated all spheres of the car market and perhaps the last frontier was the luxury class. It hasn't caused the end of other luxury classes but complimented them. The Urus is the biggest selling model here and accounts for over half the marques sales in Taiwan. For the next model, the DBX it's a similar story. Plus they are the sporty end of luxury SUVs and that works well here.

Moving on to the Bentayga, it took less than 20% of Bentley sales and the Cullinan just over that percentage. They are the more stately SUVs and not the sort locals are inclined to go for. Interestingly, in Singapore the opposite is the case and especially for Rolls Royce.

This sort of vehicle has carved out a definite niche for itself, not overrunning saloons and coupes but complimenting them. The year by year numbers show they are also gaining traction as they become more accepted and new models join the market. In a relative sense, the sky's the limit. 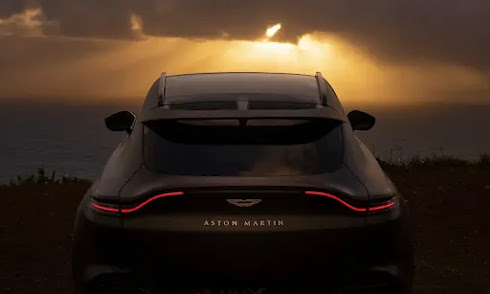