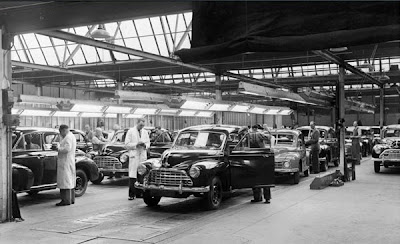 In March 1913, the Cowley plant in Oxford UK started making the Morris Cowley Bullnose. I remember having a Matchbox model of the car. Amazingly just 20 cars a week were made back at the plant's inception. In total 11,655,000 cars have been made there, including the Morris Minor (we had one when I was a boy) Mini, Marina, Princess, Maestro, Rover 75 and currently the MINI. These days 900 cars a day roll off the line.

I've driven the Mini and it was a hoot, so advanced too for its time. Some people like to knock the Marina but having owned one (Australian built admittedly), I liked it. Over 1.16 million were made so it have had some redeeming features. I've ridden in the Princess (225,000 made) and was amazed at its interior space and pleasant ride. The Maestro never made it to NZ but I liked the style of it. Apparently it took too long to get to production and was somewhat dated by the time it arrived (605,000 rolled off the line).

So the Cowley plant continues under the stewardship of BMW and working flat out. The third series of BMW MINI is about to commence too, so the success continues for the factory. 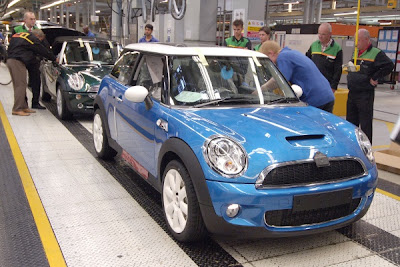 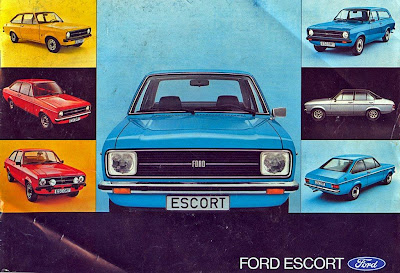 Looking over the data below form 1975, then comparing the 2012 list of brands to the right highlights the changes over that time. Ford and GM have slipped down the rankings, as have Japanese makes apart from Nissan. Simca, BLMC, DAF, Chrysler UK and Autobianchi are no more with Lada selling just 26 cars in 2012. Land Rover and MINI are what is left of BL.

Both VW and the PSA makes have done well in this time, as have the three German premium brands, the latter reflective of increased wealth. Two brands from Korea are now making a mark in Europe and Chevrolet is new. Things are always changing.