Unlike some Japanese brands, Nissan makes many of its cars in the markets they are selling them in. For that  they deserve to be applauded. The home market now makes less than a quarter of Nissan cars. That was very helpful while the Yen has been more fairly valued and making Japanese car making a marginal proposition. Now the currency is being driven down by government intervention, making cars in the land of the rising sun is more profitable again. Still, producing them in many regions minimises the ups and downs of monetary fluctuations.


Production data being slightly down understandably mirrored sales. The interesting thing about this list is that the two largest car making nations for Nissan went down (below highlighted in yellow) and all the others are up (blue). 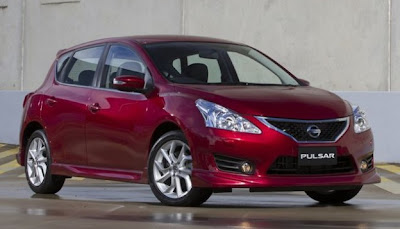 Nissan had a flat 2012/13 year (April-March), with a marginal decrease. China and Europe were the trouble spots for the brand, with NAFTA* and 'Others' were the bright spots. I am surprised how important NAFTA is for Nissan. Mexico of course is a very good market for the make, easily being top there.

In the chart below, pale blue is up and yellow down:


China could be an issue for this Japanese make due to hostility over the Senaku Island's ownership. Europe will be problematic for all car makers of non-premium cars. 'Others' are very important as it encompasses Asia/Pacific nations that are growing well for car sales. 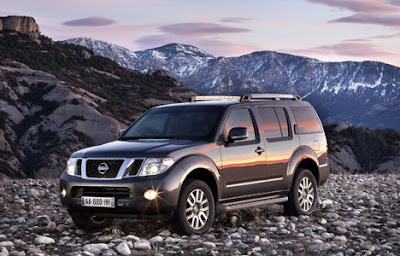 Data source: Nissan.
Posted by RayCee at 09:22 No comments:

It sounds like a swear word, but what it means is the causing of fractures in a rock layer by pressurised fluid. This then releases - among other things - petroleum, that we then can burn to run our cars. Yay. Well maybe. There are those for and those against. What I hate about anything like this is objectivity goes out the window as vested interests defend their cause. So is it good or bad? 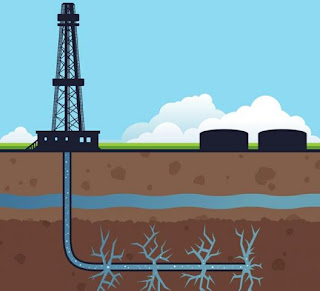 Positive: Cheaper petrol and an extended use of this fuel type. This reduces the dependence on present oil producers which make up OPEC.

Summary: Apparently with adequate precautions and care, risk of pollution can be minimised. As for increased earthquake activity, it is unfortunately impossible to know.

The facts are: 1) Our cars will increasingly be burning fuel from fracking. 2) The need to find new pertol sources will drive fracking forward whether there are risks or not. 3) R & D spent by car makers on other forms of fuel will be reduced as the urgency for alternative ways to power our vehicles is put back.

If fracking is only done in low risk ways, there could be a place for it. Push the envelope and the results almost certainly will be very damaging. All we can do is watch with interest.
Posted by RayCee at 07:02 No comments:

Where Car Brands Do Best/Worst In England

How strong or weak a brand of car is in a country can vary greatly within the boundaries of a country. Which brands do best and worst in the UK by region? Only major brands are considered. First a map of the regions in case you need geographical assistance. 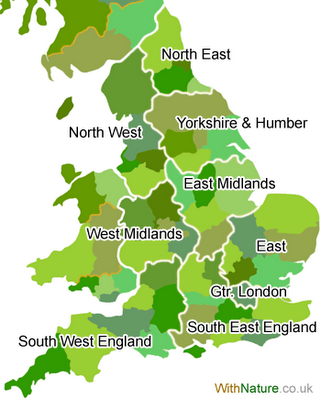 Each area below has total sales for 2012 in brackets.

The North East (68,700) has Nissan, Mazda and Suzuki as their strongest areas, with Audi and Mercedes their worst.

Yorkshire/Humberside (158,100) has BMW, MINI and Land Rover as those brands top areas, but none as a worst region.

The West Midlands (276,100) is Peugeot's, Citroen's and Jaguar's top spot, but no good for Kia, Suzuki and Porsche.

East (174,000) England is best for both Ford and Volvo, but the region is not good for VW, Peugeot and Skoda.

London (127,400) is tops for VW, Mercedes, Kia, Renault, Fiat and Porsche but a flop for Vauxhall, Citroen, Hyundai and Mazda.

The South West (178,400) is a nice place for dealers of Hyundai and Honda, but not Toyota or Seat.

There were no surprises with Nissan, Jaguar, Honda and Ford being strongest where they have factories. Yorkshire is quite affluent with premium brands doing well. The South East is the biggest area for new car sales. Perhaps a more even distribution of wealth would help the North East, with the lowest new car sales by some margin.
Posted by RayCee at 08:28 No comments: 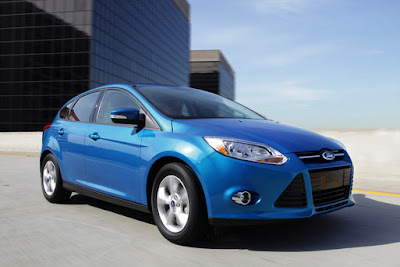 Car sales were up a solid 7% in the Principality, and although Ford lost market share it retained a healthy lead. Ford has a large engine plant in Bridgend, so how much that assists the brand I'm not sure. It's nice to support a company that adds employment to the nation.

Yellow represents brands that lost share, even if sales were up. Premium brands are not strong in Wales but they did well in 2012. Renault was the big loser, dropping nine ranking places to 16th!

Source:  Thanks to DFT.


Some car makers have a simple way of doing business and handling model replacements. Then there is PSA.  Nothing is simple about following how models are replaced and named. I have tries to rationalise the many models being made by Peugeot but it is complicated. I will start with a run down of what I found:

The 206 was replaced by the 207, which in turn has been replaced by the 208... except they haven't. They are all still made, which which is a very French way of doing things. The 405 started life in 1987 and is still made in Iran. I have grouped it with the 407, its modern day counterpart.

The 4007 (Mitsubishi Outlander) is now replaced by the 4008 (Mitsubishi ASX). Different sizes I know, but it is considered by Peugeot as a replacement model. The Ion is a Mitsubishi i-Miev electric car made for Peugeot.

Below are sales for 2011 and 2012, courtesy of PSA. Yellow means minus and blue plus sales:


A 21% decrease is a reflection of European and French sales. Too much reliance on one region comes unstuck if that area declines. Even so, it is losing market share in Europe too. A once proud and successful brand struggles in the modern day arena. Greater co-operation with other car makers, along with tough business (not political) decisions need to be made. Sounds similar to Citroen.

Data source: Thank to PSA.
Posted by RayCee at 08:10 No comments:


The year for these sales figures is based on April to March. Therefore, Q1 is April to June 2012, Q2 July to September 2012 etc. Below we can see that Jaguar had a great Jan - Mar 2013 with a 31% increase. The new XF Sports Brake and AWD models must have been the reason for that.


Looking forward, the 2014 year is promising. Continued success for the XF and XJ seems assured, while the new F-Type will add some sales too. The 'F' is a specialist model though so numbers will be not that great. Apparently, Jaguar only has the ability to make 15,000 F-Type and XK cars per annum. So that looks like only 12,000 F-Types each year. Order books are already swelling, so if you want one, as soon as possible would be a good time to act.

It's good that JLR is open with sales data, which is both good for investor confidence and PR generally.


Scotland has its own unique differences to the UK as a whole. North of the border, GM's Vauxhall is the top brand, not Ford as for the UK as a whole. Renault has been a popular brand for the Scots in years gone by, but slipping down in 2012 to 9th. Luxury brands have been growing lately.

The market as a whole was up 9% for the year. In the chart below listing the top 25, yellow means reduced market share and blue improved. For 2011 sales, please click here.

Data source: Thanks to the DFT.