When Discovery production started late 1989, it became the third model in the LR line up. A few years of settling in led to a growth spurt, peaking in 1995 when a record number of Discos were made. Now 25 years have passed, so I thought it appropriate to look back on the evolution of the vehicle. 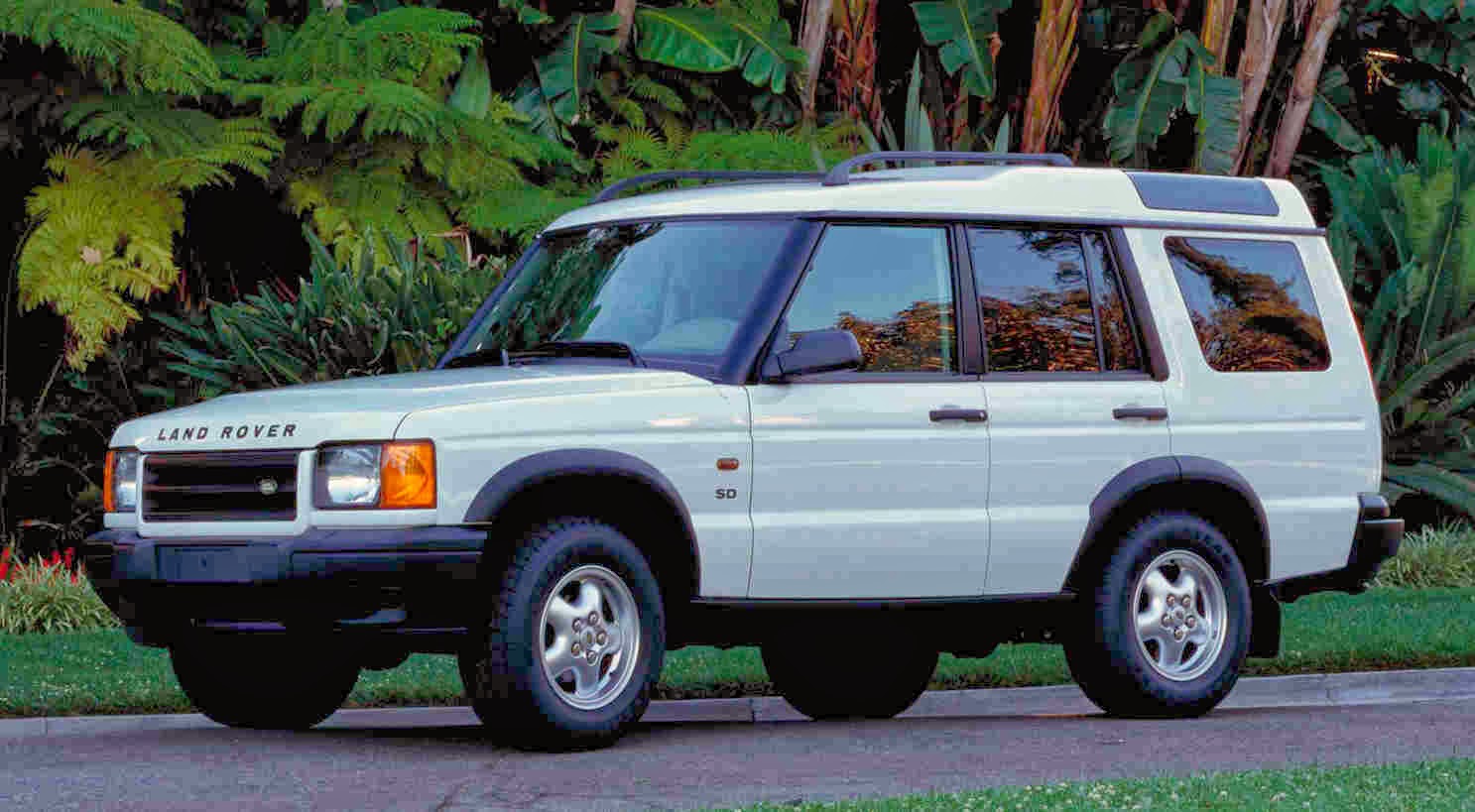 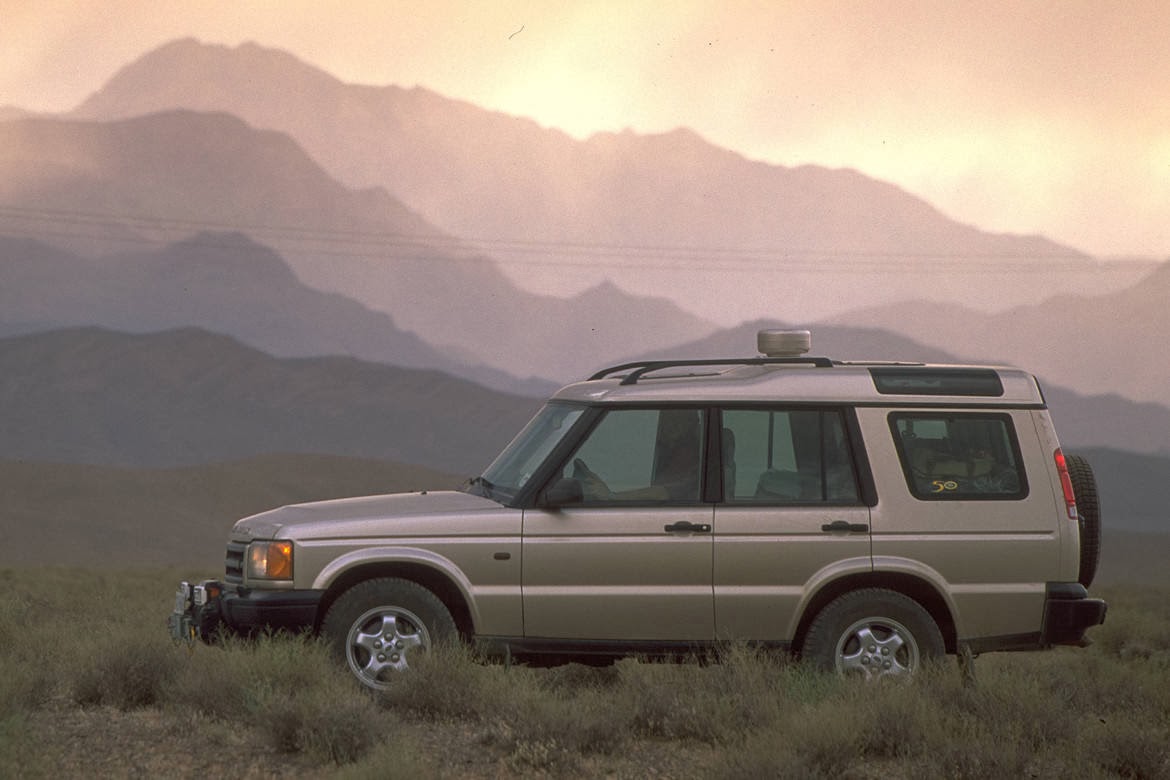 The Series II followed in the latter part of 1998, running to early 2004. It was similar in appearance to its predecessor, perhaps too much so. 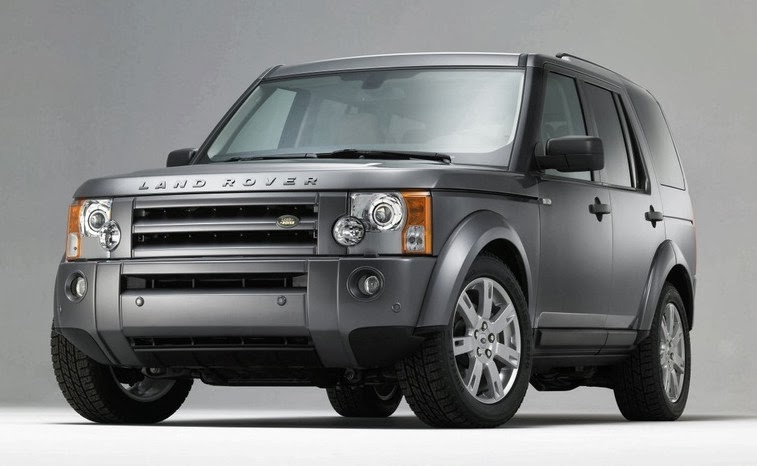 The Series III/IV was a better and more modern looking looking SUV, while retaining an obvious resemblance. The Series III ran from early 2004 until 2009, when replaced by the IV, which is not in my opinion a new model but an upgrade. 414,011 have been made according to my estimation.

The total production as listed is 1,069,360 units. Bear in mind that the 2013 is an estimate, albeit a fairly accurate one. Also, the chart below shows a Discovery commercial vehicle column which is largely empty. This is because while the Discovery has had a small run of CVs, I only have a few years of numbers for them. For that reason, the CV figures are not included in the total figure mentioned above.

The Discovery model has been a popular and successful model for LR. It seems LR wants to turn the Discovery into a range like Range Rover, making the Freelander part of that. That may be to distance it from the Defender, making that the only Land Rover model, if and when a replacement comes for that. Why can't they leave well alone?

All data is collected by myself and not obtained from LR. Therefore it is as accurate as I can make it, and I believe it is very close to LR official statistics, if they were available.
Posted by RayCee at 11:02 No comments:


Comparing the locally made and imported share of the UK market (1960-80 can be accessed by clicking here), the 1980's were pretty stable. Therefore I didn't add those years to the list below. So how did these decades pan out?

1980's: Despite the market growing well in this period, local car makers grew even faster. This was a better time for UK car production as local percentage went from 41% in 1981 to 44% in 1990. The Metro and 200 models from BL were doing well, the Ford's Fiesta and Escort were rolling out of Dagenham in goodly numbers, Vauxhall were doing fine with the Astra and Cavalier models while Nissan had arrived and was ramping up Bluebird production. It looked like a corner had been turned.


1990's: Remember, this is a soap opera and there is always plenty of twists in such shows. The good was that Toyota (Carina & Corolla) and Honda (Accord & Civic) arrived, while Nissan had added the Micra. Vauxhall was doing well with the Vectra and Astra. However, most of that production was for export. The Rover Group (formerly BL) was more a local car maker than exporter, and that was in decline. BMW had bought it mid decade and frankly made a mess of it (see the proof by clicking here). So the 90's ended up with just 26% locally made.


2000's: Domestically made cars in the UK took a tumble this decade. The Phoenix Consortium took some of the Rover Group and created MG Rover. It soon withered and went belly up. Ford and Peugeot decided to end car making in the UK. Ford continued with design work and engine building which compensated, but PSA cynically moved to Slovakia. BMW did get things very right with the MINI, Land Rover had a blossoming range of vehicles and the Japanese car makers showed loyalty by sticking with the UK (PSA take note). Nevertheless, much of this was for export and the UK production share in its home market nearly touched a mere 10%.

2010's: With the history lesson nearly over, the last three years of the chart showed small but encouraging signs. The Nissan Qashqai has helped with UK citizens almost taking it as their own (local design and manufacture not enough for some), as too the Juke model (Note & Leaf also made in Sunderland).


Summary: The British car maker's share of their local market has been truly a soap opera. With Vauxhall only making one model now, Ford (also seen as a UK Brand) not actually making cars there, and MG Rover well gone, the import will continue to dominate. It's hard for most in the UK to see Nissan, Toyota and Honda as local producers to support. MINI, Land Rover and Jaguar are seen that way of course, with only some moaning about these being foreign owned. I say be glad for what you have. The industry could have died off completely.

Data source: The SMMT I assume is the original source.
Posted by RayCee at 16:07 2 comments:

I always liked statistics and cars. The Internet allowed me to bring them together for an interesting hobby. I was also given some sage advice about hobbies, that was don't get too broad in scope but specialise. I have kept to makes rather than models, and I have focused on one area in particular, the UK car industry. It's checkered history is like a soap opera.


With that in mind, now that 'frenetic January' has passed and the 2013 annual data has been shared with you all, I will try to give 1960's to today coverage of the UK car making industry, interspersed with other articles in case that is not your cup of tea. Starting with 1960-80, I collected data for sales and production separately and while generally OK, it did raise the odd flag.


1960s: Why did sales of locally made cars drop so much in 1961? (See chart below) The two manufacturers I have data for, Rootes (mainly Hillman) and Vauxhall had sizable reductions in production, over 100,000 between them. Still, I am sure imports didn't leap and fall quite like that, so the data may be in need of slight refinement. Anyway, normal dominance by locally made cars returned until 1969/70 when local cars started to lose share. Vauxhall dropped suddenly again and BL's formation around that time and the rationalisations that took place impacted as well.


1970s: UK sales increased rapidly in the early 70's but that wasn't matched by local production. Ford was reducing the models it made locally through that decade and BL's lack of investment in R&D was hurting its sales. Chrysler Europe - which now owned Rootes - lost money, the owner's interest and production volume. It was sold off to Peugeot in 1978. Vauxhall's car range was now poor (due to inept management) and models were being pruned, production naturally plummeting.


Summary: The 1960's were a time of success for the industry. By the 70's, lack of investment was catching and undermining the good done a decade before. Imports had gone from 4.5% in 1960 to 62.7% in 1980. Blasé management coupled with militant workers led to a decline that was precipitous. The soap opera was in full swing.

PS. As I live far away from the UK, some local residents may wish to express their pennies worth. Perhaps distance can bring some objectivity though.
Posted by RayCee at 14:03 2 comments: