Looking at a list like this, you can see how GM Europe operates, that is with short term policies. GM Vauxhall is a popular brand in the UK, but GM decided to cut back to one model by 2005. I struggle to see how consistent profit can be made, with model cycles as they are, even with flexible labour options in the UK. By that I mean not too hard to lay workers off. 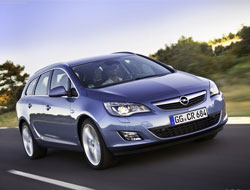 Still, GM knows it needs a manufacturing presence in the UK with the loyalty UK buyers show it's cars and therefore the importance of the UK to GM Europe.

Below we see the Astra as the stable element in the time from '96, with the Vectra a valauble contributor to production numbers when it was made at Luton. The Frontera SUV was solid if unspectacular and the Speedster was made by Lotus for GM. 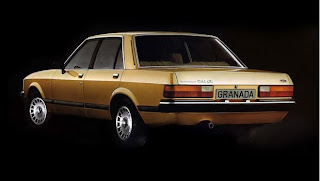 I know you cannot tell a full story about anything that appears in the media. After all, the media slogan about 'never letting the truth get in the way of a good story' still applies as much as ever. However, assuming the media have reported accurately on the following story, I will pass an opinion.

Reported: That workers who deliver parts to Jaguar / Land Rover plants in the UK work for the logistics firm DHL. The delivery people want parity in pay with those who actually assemble the cars. This would mean a 12.8% and 20.6% increase in wages over the next two years for delivery personnel and drivers respectively. DHL has offered a 4.5% increase in January 2014 and a 3% the following year. A disruption to JLR production now seems inevitable.

Opinion: I think this is about JLR being successful and delivery workers wanting a slice of the good pay rates enjoyed by JLR workers. Still, why should someone delivering a car part assume they are deserving the same pay rate as the workers on the production line?

Problem: DHL isn't JLR, and the pay rise it is offering seams reasonable. Disruption to JLR production, something the unions feel will give leverage (back to the bad old days?) Greed had gripped DHL workers.

Solution: If DHL workers don't like their pay, they can go and find another job, which pays according to the value of their inflated egos. (They do a modestly skilled job, and probably why they haven't gone elsewhere).

Ideal outcome: DHL workers regain their common sense and take what DHL is offering, or go away and then are replaced by people deserving of regular, soundly paid employment.

PS. Assuming all that the media have reported is correct.
Posted by RayCee at 14:59 2 comments: