Some companies are different. Everything about Tesla seems different. The way it markets its cars for one. Some people are attracted to different and they are the people that are keeping Tesla going. What it has done taking on car manufacturing was outrageous in scope but so far so good. I must confess I thought the whole approach was too risky and unlikely to succeed. However, as long as investors keep the faith, anything is possible.

Being a car manufacturer isn't easy. You have to watch for trends that may lead to where you need to be several years away. Jump into something that doesn't take off and that's costly. So is missing a trend or being very late to the party. Tesla has created something that is different and working. Will it ultimately succeed? Time will tell.

For now production hasn't been as large numerically as hoped but from nothing to now is a huge leap for the company. As they move into more volume and lower priced cars, maintaining quality and ensuring reliability will be so important.

I have put together some figures which I think are about right. If anyone can add clarification, please do so. It starts with the roadster model from Lotus, a steep learning curve. When that finished it was on to its own cars. The company doesn't release data so what is below is gleaned as best I can.


Picture source: Tesla.
Posted by RayCee at 08:48 No comments: 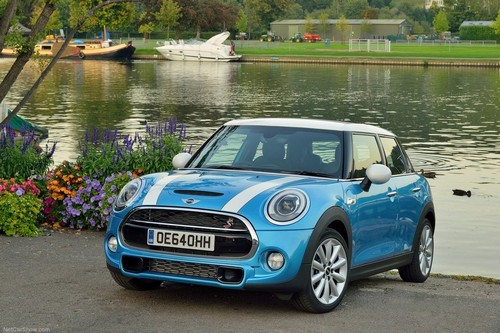 I haven't in the past highlighted MINI production by nation before. However, three nations are now involved MINI production so there is something to talk about. The UK is obviously the main centre, with Austria and the Netherlands added progressively. The latter two are plants not owned by BMW but assembly is done for them.

In the UK at the Oxford plant the 3 and 5 door models are made, as well as the Clubman. The Magna Steyr owned facility in Graz, Austria makes the Countryman and Paceman (the latter about to end) for BMW MINI. Finally VDL Nedcar at Born, The Netherlands assembles the 3 door hatch and is the exclusive location for convertible manufacturing.

The BMW MINI came to life in the year 2000, but really 2001 and it wasn't until 2002 that serious numbers were being made. The success over the years is a testament to the cachet the original had. BMW's effort has got rather large but that is the case with many cars today.

The UK was the exclusive assembly location until 2010, when Austria was added due to capacity constraints in the UK. More recently in 2014, The Netherlands was the third nation to join the club, so to speak. The UK accounts for nearly 60% of the total volume produced. 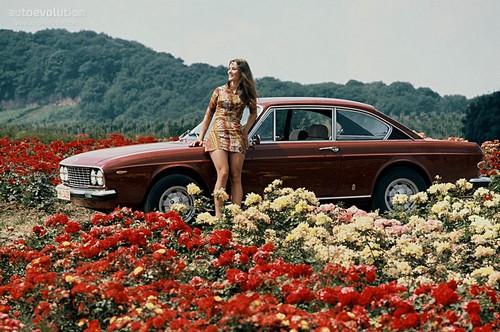 How it goes from here depends on several factors. Will the quality of the product allow for it to grow? How many will be built in Italy anyway? What are FCA's plans moving forward? Some wonderful cars have been made here, but others are best forgotten.

Fiat lost its way making good medium sized cars and ended up relying on smaller cars. I have read that was a deliberate policy but that would have led to reduced profit and then less R&D. Inflexible labour regulations in the country also impacted on profit, which forced production elsewhere.

One area I would liked to have included is Fiat light commercial production, which I don't have enough information. In 2015 162,000 LCVs were made (nearly all of that is the Ducato van) for a total of 550,000 Fiat vehicles made in Italy. That would take total national production from 663,000 to 825,000.

Summary: One thing to be learned is nothing can be taken for granted. Had someone twenty years ago accurately predicted how Italy's car production was to fall from there, no one would have believed them. In this competitive commercial world, there is no room for complacency.

Initially one would have to say an emphatic "No". In fact production dropped another 41% from 2009 to 2013. That was the lowest since 1958, when Europe was struggling to overcome the effects of a devastating war. This was a disastrous situation anyway you look at it.

In 2013 Fiat was producing the once popular Punto (116,000 units) and winding up the poorly performing Bravo/Brava (10,000). The Panda model (149,000) was reintroduced to give some semblance of respectability. Lancia was down to just the Delta (9,000) but that was finishing up. Alfa Romeo had just the Giulietta (56,000) and MiTo (20,000). Ferrari and Maserati were doing well, especially the latter but they couldn't save the situation.

Two cars saved the situation. The Fiat 500X and the Jeep Renegade which are both built at the same plant in Melfi, southern Italy. Between then they accounted for 45% of all Italian production in 2015. they brought much needed volume to Italian car manufacturing.

The situation of Italian car manufacturing took a sharp turn downward. More Fiat cars were made in Poland than in the home market while Brazil was the largest maker of Fiat cars. The only Fiat model of any substantial volume made in Italy was the Punto and that was dropping as the decade progressed.


Lancia was soldiering on with the Ypsilon but it wasn't as popular as it used to be. The new Musa and Delta models that came out in 2004 and 2008 respectively were not doing well either.


The range of Alfa Romeo models was no longer being replaced and they were petering out as they aged. The MiTo came in 2008 and that one modestly selling car represented over 60% of the brand's sales by 2009.

Specialist car makers Pininfarina and Bertone were about finished as the models they made for others such as cabriolets were not as popular as before. On the bright side Ferrari and Maserati were improving their production but numerically had little impact.

It may seem like the end of Italian car making - at least at the volume manufacturing - was about to end. However, there is more to it, as the next chapter of this story is revealed in the following article.