Perhaps this blog article should have been called 'European Production' as that is the only continent the brand is made in. Virtually all production is in Spain too, although Slovakia is producing the new Mii model.

The brand is marketed as a youthful, sporty one. As to whether it achieves that I am not sure, but certainly the marque is a disappointment for owner VW Group. With sales so heavily dependant on a subdued European car market, that cannot be healthy.

The brand is 24th and last on the list of car makers I have run through over the last month or so; of brands that make cars/LCVs in more than one country. SEAT production numbers dropped 5% in 2012, 13% in Spain.

No car maker - even in a group such as VW where cost sharing is well used - can afford to basically be a Euro only brand. Getting SEAT sold in more countries around the world will be a challenge though.


Owned by Chinese car maker Geely since 2010, big things are promised for the marque. Renown for safety and boxy designs, it is shaking off the latter reputation by rounding off corners. However, It's hard to see where Volvo will progress from here. They need to do more than get out the sandpaper.

Worldwide production dropped 7% in 2012 as I assume they place emphasis on being more profitable, a sensible strategy if I am right in that assumption. What I found surprising is that since a Chinese owner came along, production in China has dropped to a negligible amount.

Volvo is 23rd in the world for car/LCV production of brands that make cars in more than one country. Clearly there is work to do at Volvo to broaden its appeal and extend its sales dependency beyond mainly Europe and North America. It is a well known brand internationally but needs to attract customers beyond those already loyal.

In my opinion Volvo make the safest cars in real world conditions, not just in getting five stars in crash tests. (For more on that, please click here). However, they don't do much to stir my emotions.


Subaru is an everyday brand that isn't big enough to go it alone. Therefore in 1968, Nissan acquired a 20% share of Subaru at the direction of the Japanese government. Then in 1999, when Renault and Nissan got together, the Nissan stake was sold to GM. In 2005, Toyota bought into Fuji Heavy Industries (who own Subaru) and GM sold its share of the car maker. Currently Toyota own close to a fifth of FHI.

If that wasn't all to confusing, it says much about how things are done in Japan, competition and cooperation finely balanced. Subaru only makes cars in two plants in Japan and one in the USA. Japanese production rose 36% and the US was up 14%, for a combined increase of 30%. Subaru's not manufacturing in China will surely change in the not too distant future.

Subaru appeal to some is its being different. The boxer engine configuration and 4wd give the brand uniqueness, something smaller brands need to be to survive. It is 22nd on the worldwide ranking of car/LCV makers.


Škoda became part of the VW Group in the year 1991 and a full subsidiary in 2000. This helped the image and quality of the cars greatly. Today, they are popular in Europe and China, but not well established elsewhere.

Production grew a modest 2% in 2012, with home manufacturing in the Czech Rep the only area it was lower. Still well over half of all manufacturing is in the home nation, but signs of branching out are there.

With Škoda cars today built on VW sourced platforms, they offer value superior to that of the donor brand. The range of vehicles will grow as will its global reach. With 1.2% of worldwide car/LCV production, it comes in at number 21.


Data source: Thanks to OICA.


Many readers of this blog will not have any contact with this brand. They are small cars, SUVs and commercial vehicles based on Toyota platforms and made in Toyota factories. They are reliable and frugal when it comes to fuel use.  It is the oldest car making firm in Japan and joined the Toyota Group in 1967.

Recently, it has withdrawn from Europe and Pacific markets. It is now concentrating on the Asian region, where it is very popular. The car maker Perodua in Malaysia produces rebadged Daihatsu cars. Production grew nearly 25% in 2012, and increased 27% in Japan. Worldwide share grew to 1.2% and 20th largest car /LCV maker.


Coming in at 19th in the world for car/LCV production is Mitsubishi. The company has been doing tough for a little while now. Production for 2012 fell nearly 3% in a growing market and it now has just 1.4% of world sales. China in particular seems to have fallen off badly for the three diamond brand. It has pulled out of the Nedcar operation in the Netherlands also.

Mitsubishi car making is based around two nations, with almost 80% of the total production. Of course it is relies on the Asia/Pacific region for most of its sales. In NZ for example where Mitsi is quite strong, it relies mainly on SUVs and pick up vehicles for sales. The Outlander (see pic on right) suits the New Zealand outdoor lifestyle and is the top seller here for the make.

The car mark today is a tough place to be. Alliances and technology sharing are increasingly common among car makers. Volume is also important to be competitively priced. Smaller brands such as Mitsubishi are in a difficult place trying to remain competitive. The fight goes on.


Data source: Thanks to OICA.
Posted by RayCee at 08:43 No comments:


Since the tie-up between Mazda and Ford came to an end, Mazda has really had to stand on its own feet. It has certainly done well with SkyActiv engine technology and design themes such as Kodo (soul of motion). When you are small (1.5% of world production), the fight is harder and there is no place for conservatism.

With 95% of production in just three countries - all Asian based facilities - it hardly has a global presence in that area. So many cars made in Japan (71%) makes it vulnerable to currency fluctuations. With Japan the masters of manipulating the Yen to keep it undervalued, Mazda can still make money making cars there. However, a financial crisis could send the currency up, and then Mazda would be exposed like it was a few years ago.

China production suffered anti-Japanese backlash and a drop to 14% of the total. Japanese car manufacturing was up a modest 4%, and the total figure was barely up 2%. Worldwide share dropped, but 2013 will be better. It is currently 18th worldwide.

17th on the countdown list of car makers is Audi, part of the VW Group. The goal of being the largest premium car marque is what Audi is aiming for. As to why it matters, I am not sure, but the prestige must be the motivation.


Audi mainly makes cars in Europe, China the exception. An increase of 29% and nearly a quarter of total Audi car production for the Asian nation shows how important that market is for them. In Spain - where the Q3 is made - had a large increase, but production in Germany slipped 4%. Total production rose 10%.

Audi is not a marque I can warm to. However, its popularity continues unabated. Can it eventually become the best selling premium brand? Almost inevitably, but not without a fight.


As the second half of PSA, Citroën is 16th in car/LCV making in the world. It has similar sales and production facilities around the world to Peugeot. It too had a demanding year, relying on Europe as much as it does. Total sales were down 13%, and worldwide share slipped from 1.9 to 1.6%. 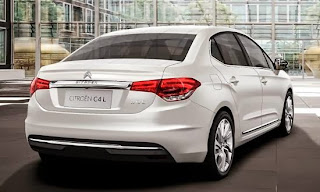 Production in France dropped 13%, Spain -21%, Brazil -24% and the Czech Rep -26%. Citroën was making more cars than was needed, and were then priced to move inventory. The reduction in 2012 is bringing car production into line with what is really needed.

The colour coding shows most production is in Europe, not a sustainable situation.

Data source: OICA.
Posted by RayCee at 16:46 No comments: