The Mazda MX-5 Hits One Million 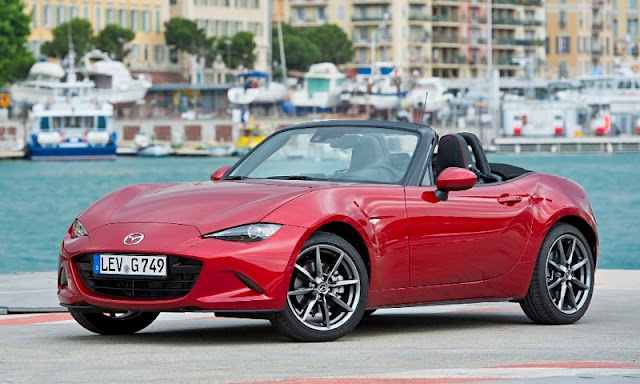 Mazda are a lesser car maker in Japan. They have to work hard to be noticed and that means being a little different. One of those is making a sports car, one inspired by the British varieties such as MG and Triumph that were successful in years gone by. Mazda did it very well and had a winner on their hands. They have just made one million of the MX-5 to prove it.

In 1989, the car was introduced. Initial sales were good but over the years the popularity of the sports car genre has waned. Mazda has persisted nevertheless and nearly 29 years later, the fourth generation is here. First up the NA was made from 1989-1997. Then the NB went from 1998-2005. The third iteration (NC) was from 2006-2015. The ND has just been released and will also be sold as a Fiat.

Over the years, production has gone down. The data below shows the consistent trend, with spikes for new model introductions. The data below doesn't give 2016 figures and I assume 2016 production will not make this list hit the seven digit number. Therefore they may be slight inaccuracies in some of the figures but it is very close. Also, identical sales and production for 2015 doesn't seem likely. However, that is what I got.

With sports cars not enjoying as much popularity, I wonder if a fifth series would ever be made. I guess if the business case is sound, it would.


Data source: Everything explained.
Posted by RayCee at 20:26