Peugeot production grew 6.75% from 1989 to 1999 but actually dropped slightly from 1990 to '99, the period covered here. The reason was the range had settled and new niches were not being sort. That isn't necessarily a bad thing but get a main model fail and suddenly profit can evaporate.

Six models arrived this decade, mostly replacing existing cars. They are briefly highlighted underneath the data. 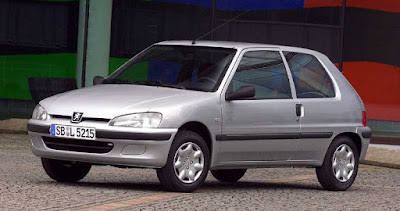 106: This super mini replaced the 104 and was known for being a fun, nice handling, frugal car. They also rated quite low in reliability surveys. It was in production from 1993 until 2003, a long time even for French car makers. It was a popular model. 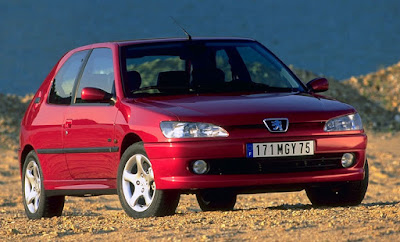 306: A year later came the 309 replacement. The popular 306 small family car was a fine, comfortable drive with good looks to boot. Again reliability was an issue.

806: The large MPV model was made along with other models for other brands to save cost and were basically badge engineered. They were practical if somewhat uninspiring, as this sort of vehicle is. 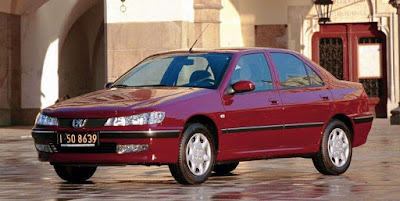 406: It replaced the 405 and looked similar. This medium/large family car was a nice handling with a practical wagon model. Reliability was becoming a problem for Peugeot cars it seemed. It didn't sell as well as the 405.

Partner: This small van-like MPV sold in modest numbers in its passenger car guise. It was unpretentious and good value. I like that.

206: As the 205 replacement this super mini had good handling but was let down by reliability problems. It was a bit disappointing after its illustrious forebear but sold well nevertheless.

607: The large executive model was a replacement for the 605 and like other French executive cars it wasn't popular. It cruised well but lacked some class.

Summary: The rugged reputation that Peugeot was known for didn't seem to be there to the same degree. It still excelled in nice driving cars and the small to medium cars sold in good numbers but volume had plateaued and its reputation for dependability was on the line.