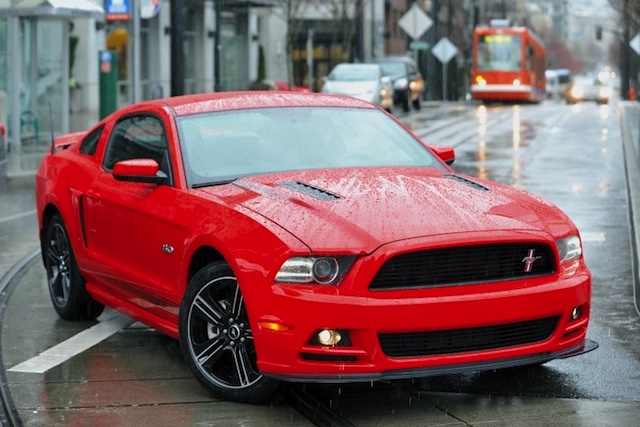 The Ford Mustang is an icon of the automotive industry, well in the USA anyway. Most of them were sold there after all. It created the 'pony car', an affordable compact muscle sports car. Sales took off and a star was born. Many Mustang buyers graduated onto other Ford models so it had that additional benefit as well.

Unfortunately, subsequent models got bigger and heavier - as car executives cannot resist doing - and the Mustang production slipped slowly but inexorably down. New models gave the Mustang a pep but each time a little less so. Still, it was worth the continuation.

Its main competitor was the Chevrolet Camaro, which did well but couldn't quite match the Mustang for sales. Both have sold well, so the muscle car is a popular model even if not as much today as times past. To see the Chev Camaro production history, just click here.

Below the colours are for each series, six so far. The decade figure defines the end of such in a '0' year. Each period has seen a reduction in production volume. Exports have included right hand drive recently and I see them around the roads in New Zealand, where the Mustang is proving popular.

The figures below are US production which may effectively be the same thing as world production. They were updated 06.07.2021.