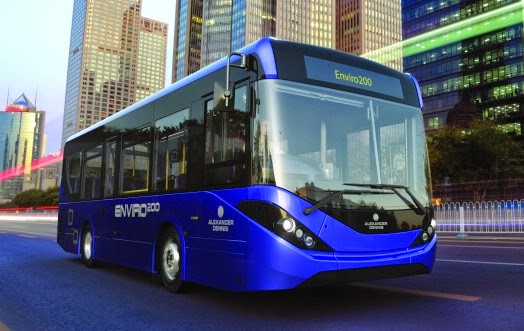 I noticed in NZ vehicle statistics that Alexander Dennis (ADL) has been selling buses here. I got to wondering about the company. It is a British bus making firm with plants in Falkirk, Scarborough and Guildford. They build buses in the US and soon will be in Canada. Buses are assembled in China and New Zealand also. They are popular in markets such as Hong Kong where double decker buses are so practical. In fact they are such an efficient way of transporting more people, I assume access limitations due to height as the only issue that could limit them in some situations. Having used them in the UK when visiting, I enjoyed the commanding view from upstairs.

In the UK for the first three months of 2015, according to SMMT data ADL sold just over 350 buses for nearly one third of the total UK bus market. Obviously the bus market isn't big in volumes but that is an impressive percentage.

ADL are strong in the UK, North America and Asia but surprisingly not so in Europe. Perhaps an area for growth in the future for the company.