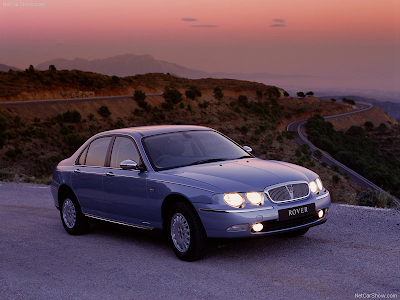 The Rover 75 was to be the saviour of MG Rover. It was to replace two cars, the 600 and 800. A good deal of money was spent in making it a quality offering. However, it didn't sell well, as the production figures below testify. The second figures from 2001 were for the MG ZT variation: 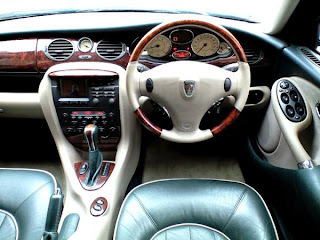 Owners of the time BMW hoped for 100,000 sales plus, but those production figures were well short of that. What went wrong?

First, Owner BMW didn't want the car to compete with it's cars so went for a pleasant driving, or old fashioned styled vehicle. That appealed to some, but not enough.

Second: Instead of focusing on the vehicle, BMW CEO Bernd Pischetsrieder used the launch of the car to raise negative issues that questioned the future of MG Rover. That must have adversely affected sales.

So while the 75 was a fine car of excellent quality, it under sold in a big way. It deserved better but failed to exceed the Rover 600 sales, let alone adding the 800, both of which it replaced. As I have stated before BMW mishandled the Rover brand. The Rover 75 should have succeeded but didn't; those that bought one got a very nice car.
Posted by RayCee at 20:52