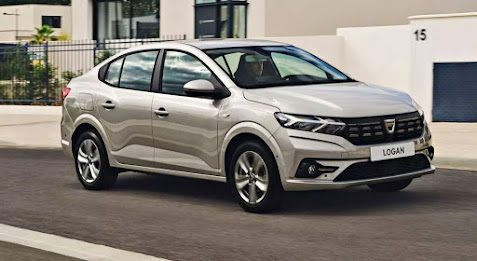 This is an eclectic mix of nations, but it wraps up the European region. They represent Renault and Dacia branded cars along with Nissan and smart. It covers 477,000 units made, understandably down a fair bit.

Romania: Dacia is part of the Renault Group and here is where European production is centred, on their home turf. Three models run off the Mioveni production line. The fact a budget brand succeeds in a market such as Europe is quite a coup. A positive response from the Top Gear Show some years back could have helped too.

Russia: The factory in Moscow makes three Renault models and one for Nissan. The numbers aren't huge but they are mainly for local consumption so as expected.

Slovenia: It may surprise that this small nation makes cars, at Novo Mesto. The vehicles are small too, nothing larger than a Clio. As Renault doesn't separate smart from the Twingo, I have to estimate the numbers, hence why smart figures are rounded. I'd like to think I'm not too far wide of the mark.

The Twingo shares its platform with smart cars so it reduces costs and allows for modest numbers to be made. The Clio is assembled in several places as well as here.