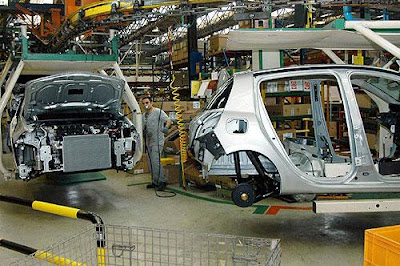 Car production in Turkey has been rising steadily. No doubt it is cost effective to make cars there, and yet still close to the European market. Ford made small numbers of cars before giving up to concentrate on commercial vehicle, of which it is by far the biggest in the country. GM I believe made the Vectra in Izmir but finished that in 2001. To more than make up for those departures, three Asian car makers opened plants. The two mainstays Renault and Fiat continue to be the main manufacturers.

Below production is shown in five year periods, but the last one only three years. The last period is down even allowing for the difference in length of time, but the economic downturn has caused that. Overall you would have to say car manufacturing in Turkey is doing quite well.