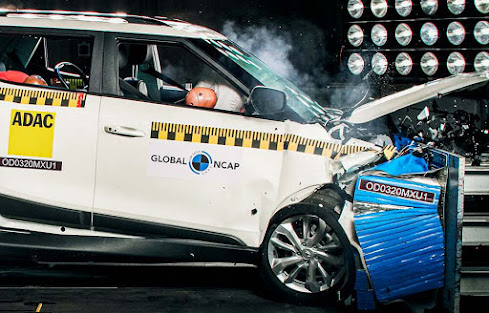 Safety is an important part of motoring. Drivers need to develop skills but also operate within their capability and view motoring as a serious responsibility. The cars themselves need to be engineered to be as safe as possible.

The issue with safety in emerging nations is that to put full safety features in them pushes the price up and therefore out of reach for many buyers. Without emphasis placed on safety by the public nor government, a manufacturer could be tempted to cut back on engineering costs regarding safety to make a car more affordable. The new owner is happy to have a cheaper new car.

A car needs to have good structural strength and sensible passive safety features too. I don't think a car needs say lane departure warning. Simplify the controls of a car and let the driver concentrate on where he is going, not wading through sub-menus on a touch screen. Madness. Getting back on track, are cars made for customers in less affluent countries safe enough or death traps for unwary buyers?

I quote: 'Global NCAP’s serves as a platform for co-operation among new car assessment programmes worldwide and promotes the universal adoption of the United nation’s most important motor vehicle safety standards worldwide'.

Latin NCAP: The new Hyundai HB20 and Ford Ka both received zero stars under what I assume are less stringent standards than western NCAP testing demands. Both cars are/were produced in Brazil and proved to be very popular.

SafercarsForAfrica: The Great Wall Steed pick-up got a zero score. The Mahindra XUV300 SUV picked up the first 5-star rating under the Africa testing regime.

The manufacturers may have something to say about the results. They would be welcome to write to me and I would add their comments. In the meantime, I'd say well done to Mahindra and TATA for putting more safety into your cars than Maruti/Suzuki seem to be doing. They may massively outsell you but you haven't dropped standards to meet the competition.

The Great Wall Steed is no surprise as far as many Chinese carmakers go. Ford has pulled out of Brazilian manufacturing which may be just as well, while I expected a lot more of Hyundai.

I have taken this information from the globalncap website. You can view it by clicking on the name.