Peugeot made its first car in 1889, a steam powered vehicle of which only four were made. The following year the decision was made to use petrol powered engines and production gradually increased. In 1929, the three numbered model designation with a central zero was introduced.

When World War II ended, the 202 model was restarted in production and went to 1949. the 2013 replaced it that year and was a popular car. Then came the 403 which was soon the mainstay of the range, all of two models. 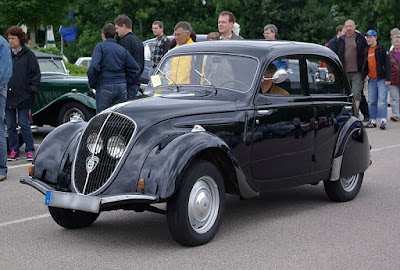 202: A small family car first entering production in 1938. It was a fine looking car for its time, with very aerodynamic styling. Just over 100,000 were made in total. 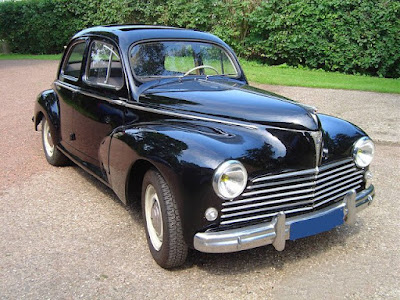 203: Although replacing the 202 it was a medium sized car, with 4 door, wagon, cabriolet and coupe models made. It was very popular in France and enjoyed some export success. Production ended in early 1961. 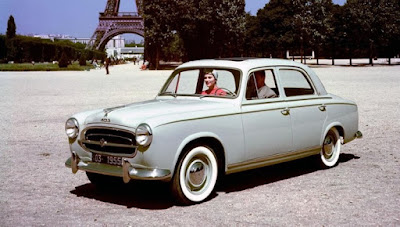 403: This was a large car with with classic a look was a also a commercial success. It was the first Peugeot model to exceed one million units. Styling was by Pininfarina, the Italian design firm.

Summary: This was a period of limited materials and a continent getting back on its feet after the battering it took during the war. What was apparent was the steady growth of production as things began to normalise.