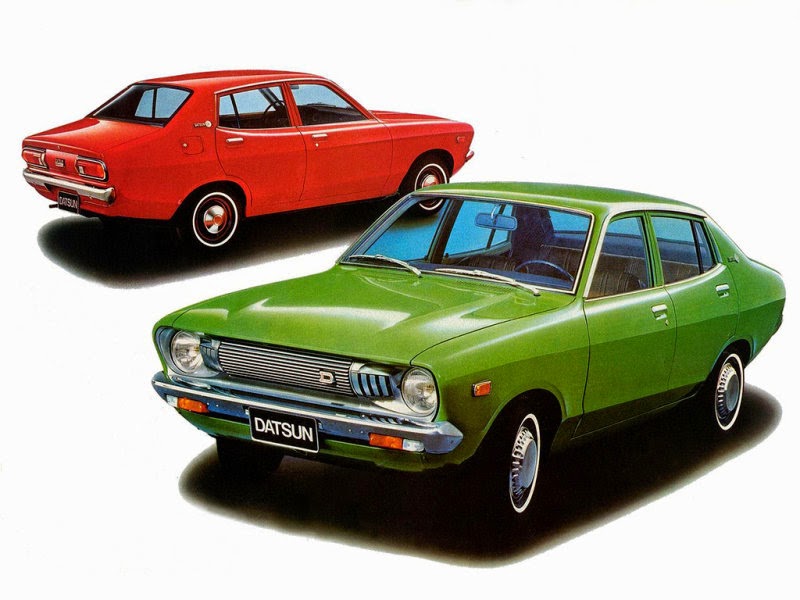 The progress continued. In the 60's Japanese car production increased by 2.5 million and in the 70's 3 million. At this time Japan was making its cars at home and exporting them, especially to the US. Lower production costs in Japan was the reason they didn't want to build plants in the US.

In the 70's doubling production and more was common for most brands. In the ten year period, major winners were Toyota (with local sales up 61%) and Nissan (local +52%), coupled to even better export growth. This led to Toyota production being up 98%, Nissan 93%, Honda 155%, Mazda 188%, Mitsubishi 114%, and Isuzu 360%. Exports were driving the car industry.

Subaru, Daihatsu and Suzuki were the exceptions, all reducing production volumes over the ten years. From 70-79 they all lost home market sales (Daihatsu -30%, Subaru -40% and Suzuki -54%), while exports were insufficient to make up the decline. By 1979 Suzuki exports were less than 10% and Daihatsu about 25% of total production. Subaru had got to nearly half its volume as exports, but the dramatic slump in domestic sales negated that. So losing so much market share at home was their issue, without enough export growth to compensate. Production for Subaru was -3%, Daihatsu -6% and Suzuki -52%.

Overall though, a very successful decade...again. Exports had gone from a quarter of production in 1970 to just over half by 1979. This can be seen with Japanese brands increasing domestic sales in this period by 26%, while total production went up 94%. This was the decade that exports took off.

However, political pressure was building and Japanese firms.  Starting in the 1980's voluntary limits on car exports to the US meant that building cars there was the only way to continue a sales expansion in that crucial market. Things had to change, and they did.
Posted by RayCee at 06:58