Back in 1964, Land Rover made just one model, what is now known as the Defender. It was a very popular vehicle in many nations, especially in the British Commonwealth. It's a shame manufactures don't release old data like this, as it cannot be commercially sensitive anymore.

In the list below, colour coding is according to region. Yellow: Asia/Pacific, Gold: Africa, Blue: Europe, Grey: Americas, Green: Middle East. The percentage at the end is based on my estimate of 42,500 vehicles produced that year. The list has about 20,400 cars, another 22,000 others went elsewhere. Britain was a obviously a major market, but many more went to numerous other nations.

Some of the names are unusual, such as 'French West and Equatorial Africa' and 'Port West Africa', which I assume is Angola today. An amazing glimpse into a distant time, and quite a different world. 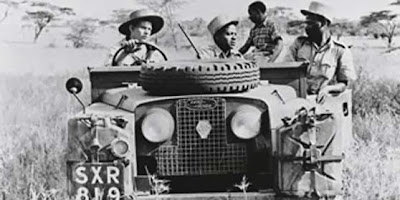