Back in 1952, any car market would be very different to now, and so it is with Sweden. Japanese brands were not around, but many European and US makes no longer exist either. When you look at the list below, you will see some marques you don't even know what they are.

BMC-Nuffield was mainly Austin and Morris, Leyland-Std represents the Standard and Triumph brands. Rootes was largely Hillman and Humber sales. US car company Kaiser included low cost brand Henry, and German car maker Borgward owned Goliath, which includes it's sales as well. EMW at the bottom of the list were basically BMWs made in the Soviet sector of Germany and BMW had no control over that. Some interesting data for those who like a bit of history.

Below are sales for the whole of 1952 and for nine months of 2012. The early 1950s was a less affluent time  and car sales numbers reflected that. 1952 was a poor year in particular as it happens, as sales were a little better before and grew strongly afterward. 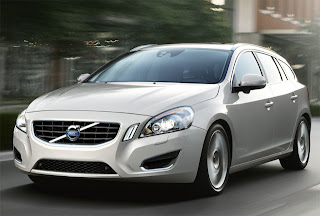 Today, Volvo is king in Sweden and has been so since 1958. VW is making a serious attack on that position and it seems only a matter of time before the Swedish marque is dethroned.

A special thanks to bilsweden, the very obliging and altruistic organisation that made this possible.

Top pic: Wiki of a Borgward.