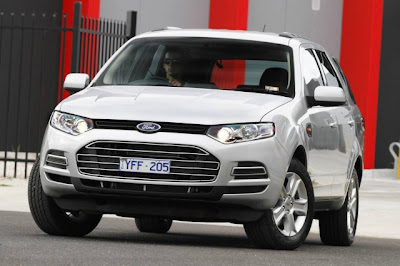 The Australian car market has traditionally been strong in large, basic cars. The GM Holden Commodore,  Ford Falcon and Toyota Camry have been big sellers in the 'Big Country', and  these three models have been the mainstay of the production industry for many years. Toyota has been big exporting their large car to the Middle East, GM less so and Ford hasn't bothered much at all, except for NZ.

Recently, big car sales have fallen as petrol prices rise and small cars get better at driving big distances. Ford has made an SUV (Territory -pic above) and Holden a small car (Cruze - pic below with Commodore) to compensate for the trend. However, the industry is propped up with government assistance, otherwise it would not be viable. The numbers of late have not been big enough, as the chart below of the past 15 years shows. Notice how the last few years have been below the average for the period. Mitsubishi gave up but the others hang in there.


Please note: The Mitsubishi average does not include 2008, a run out figure anyway.

Unless production rises, it is hard to see how the industry can continue. Many Australians realise the cost of subsidising the car makers is not worth it, while there are those who want to see it continue for national pride's sake. Perhaps it's not for me to say either way, but the signs are not good. 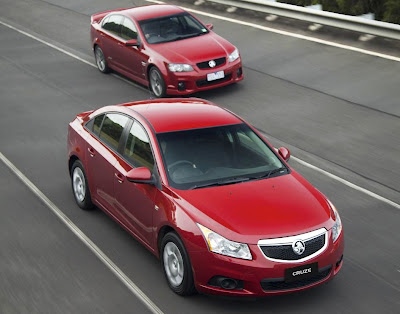