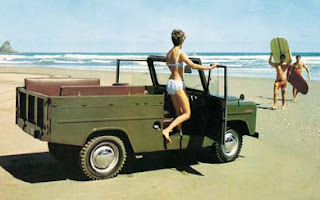 In 1960's New Zealand, there were restrictions on car availability to reduce imports and therefore protect the balance of payments. By locally making an agricultural vehicle, they could make as many as the market would take. This lead to the Trekka vehicle.


The running gear was sourced from communist Czechoslovakian company Skoda. It wasn't any good off road but as a runabout for farmers and tradesmen, it had some merit. A joke going around at the time was that it couldn't pull a skin off a rice pudding*. 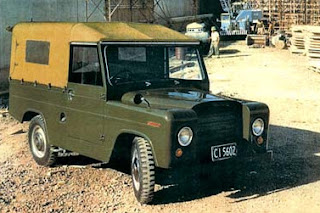 It sold in modest numbers until import restrictions were eased, and punters went for superior vehicles that were now available. Between 1967 and 1973, about 2,500 were made, with a few exported to nearby pacific nations.

Often protected markets leads entrepreneurs to create novel ways to get cars to the public, and the Trekka was a fine example of a NZ effort in that regard.

*A rice pudding is a creamy desert which forms a nice skin over the top whilst cooking.