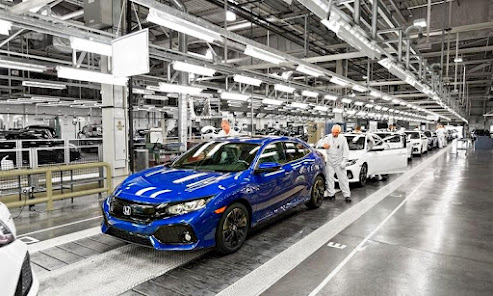 Honda opened a plant in the UK at Swindon, Wiltshire and in 1992, the Honda Accord started rolling off the assembly line. The Honda Concerto was also UK assembled and that commenced in 1989 but that was produced by MG Rover for Honda. At first things went well with Honda's collaboration with MG Rover but BMW's taking over MGR moved Honda to quickly withdraw from the arrangement. The sad thing about that was both MGR and Honda suffered from the loss of cost savings the arrangement provided.

We all know the mess BMW made of MGR but Honda soldiered on. However, the EU decided to phase out import duties on cars and Honda's sales in Europe were in decline. The Swindon plant was exporting most of its product out of Europe in the form of the new Civic. It was also down to one model which causes cyclical cost issues. The upshot is Honda closes the plant at the end of July 2021.

Now for some model history. The Accord was assembled effectively from 1993 for nine years and in that time 325,500 were made (36,200 per year). In 1995 Civic assembly was going along nicely and continued down to the end over a 27 year period (one not counted here). The Type R was a highlight of that. The undulating volume averaged out at 76,600 and by the time the factory finally closes its doors, over 2 million will have been produced.

Looking back, it was in the 2000's when the plant was at its most productive, reaching nearly a quarter of a million cars with two models. Beyond that, even with three models the numbers were falling as European sales fell. The final attempt was made with a lone Civic Hatchback made for the global market but the cost effectiveness of that was its downfall. It was cheaper to make the Civic in other plants closer to where they are sold.

Another chapter of UK car manufacturing had been written and now ended. Many in the UK wouldn't know or care anyway, symptomatic of the culture that pervades modern Britain. Mind you it can't all be blamed on that as Honda's way of succeeding in the European market was increasingly ineffective. 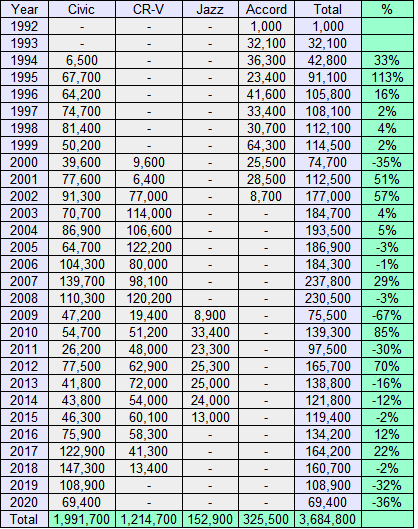 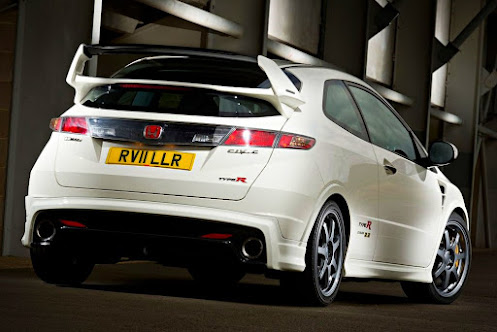