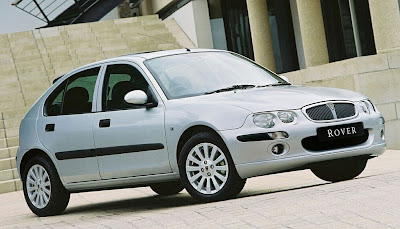 BMW often made statements about how unprofitable MGR was under its ownership and comments made about it were very derogatory. I wondered why BMW bought a company which was losing money, one that apparently in no way could be made a viable business. Didn't they carry out due diligence?

Well I found two sources that showed MGR's balance sheet prior to and immediately after its sale to BMW. In 1986 and before, MGR was a mainly loss making company. However, for the seven years prior to its sale to BMW (1987-1993), things improved. One source I found showed MGR made a total of £181m profit, or £26m p.a for that period (another was just under half that figure). Then in 1993 - the year of the sale to BMW - MGR made £82m profit and a £91m surplus the year after. Wow!

So what can we learn? The fact that the MGR balance sheet was improving. BMW sent over a group to carefully look over the books prior to the purchase and obviously liked what they saw. It clearly wasn't a lost cause.

What killed MGR was the way things were handled thereafter, but I won't go into that as I have previously. However, this data confirmed what I thought. Making out that MGR was a hopeless case may have appeared to save face for BMW. However, that would have meant they were idiots for buying it. No, MGR had potential but BMW mismanaged it appallingly. Enough humility to admit that would have shown strength of character. Silence would have been dignified. The mocking attitude that ensued was ... well I'll let you decide.