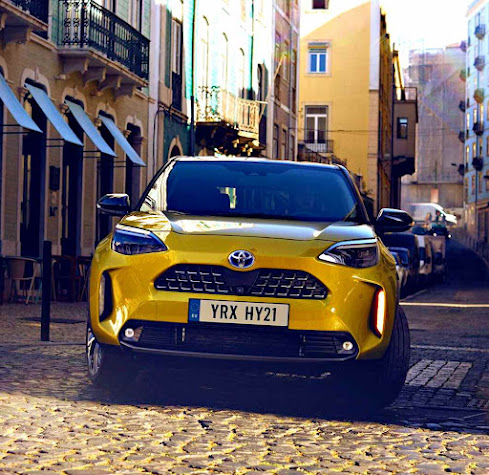 In a challenging environment, the Toyota brand managed to increase sales in Europe by 9%. Most of the gain came in the form of two new models (ProAce City & Yaris Cross) and another having its first full year (Highlander). The Yaris Cross will be stronger in 2022 with a full year of sales in front of it. The semiconductor shortage is an unknown quantity but will affect volume to some degree.

Toyota's success is helped by its vigorous adoption of hybrid technology. Interestingly, the company has not been active in the full electric (BEV) scene because it feels battery storage isn't as yet efficient enough. That said, it is working on improved solid state batteries and is moving to BEV cars.

Europe has been a tough nut for Toyota to crack. The locals like cars that excite and that is something the brand hasn't been doing. Reliability alone wasn't enough. The company is working on that and more car buyers in the region are now satisfied they aren't about reliable motoring alone. 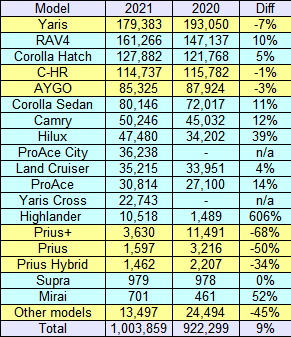