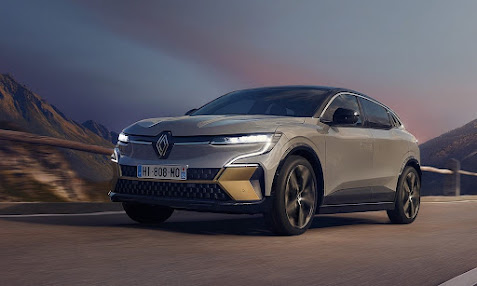 With Renault cutting back on numbers in Europe, it was expected that sales would be fewer than 2020. That's what transpired, with a 17% drop as a result. Virtually all models were affected with only a couple of new ones and the Master van the exceptions. I'm sure the realignment of sales is basically complete with the semiconductor issue the major factor for 2022. 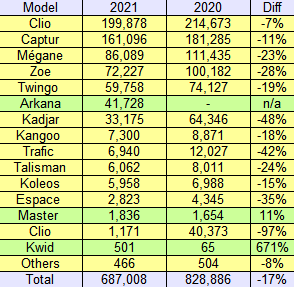 Light commercials were up in contrast to passenger cars. An 18% increase was substantial with the two top models lead the way. Many models make both lists, depending on how they are classified and in some cases fitted out. 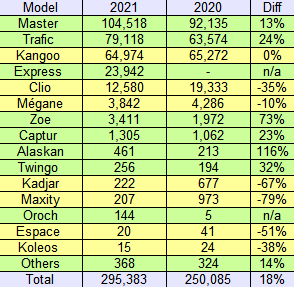 The Alpine brand currently consists of just one model but that will change. For now it looks rather lonely but at least it grew strongly.