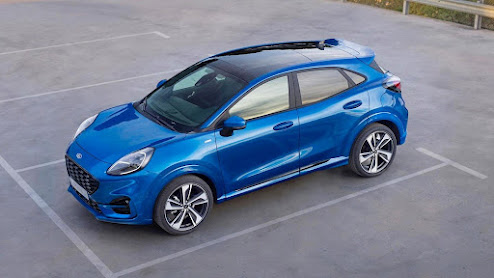 Ford is in the process on giving up on the traditional car while concentrating on the new categories and light commercial vehicles. This is based on focusing on more profitable segments. While I get the strategy, I wonder why others are not queueing up behind to do the same. Maybe they are well ahead of the competition on this one.

To see the effect, vans hold first and fourth placings and crossovers second and third. The two mainstays of Ford Europe (Fiesta and Focus) both dropped substantially with Fiesta sales during the fourth quarter almost nonexistent.

The Ranger pickup continues to perform well in a region where such vehicles aren't that common. It commands 31% of the segment in Europe. The oddly named Mustang Mach-E is doing well too. 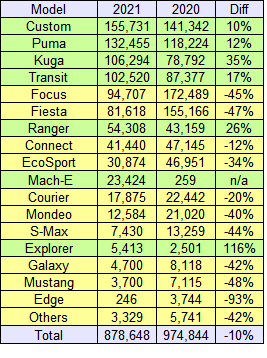 The five largest markets for Ford in Europe are listed below. Germany is the biggest overall but not for the Blue Oval. The UK has that distinction and now by a substantial margin. 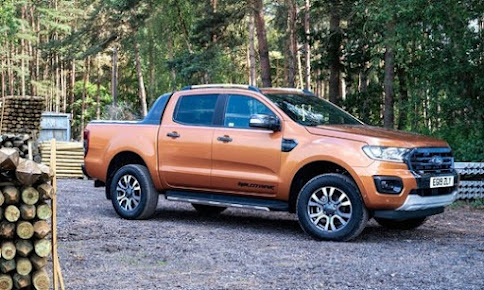