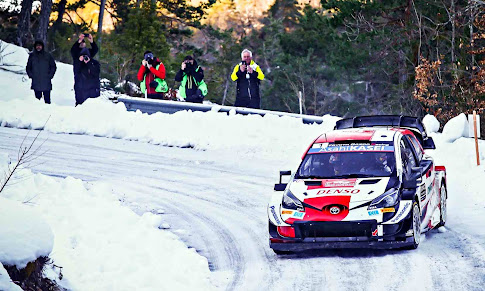 The two car makers mentioned have been locked in a duel for the top spot for decades. The graph below charts its progress, the numbers on the side representing thousands. It started in earnest at the beginning of the century with Toyota ahead quite comfortably.

VW suddenly attacked and by 2011, was a clear leader. Toyota caught up and a stalemate ensued for a few years before Toyota pulled away. If 2021 continues at the same rate as it has for the first eight months then it's back to a clear lead to Toyota, not something it managed for over a decade.

The picture above shows Finland's popular pastime of rallying. Toyota takes this very seriously with the Gazoo Racing Team as we see one of its cars slide around a bend in icy conditions. As they say in Finland, win on Sunday and sell on Monday. Well, I think they say that. 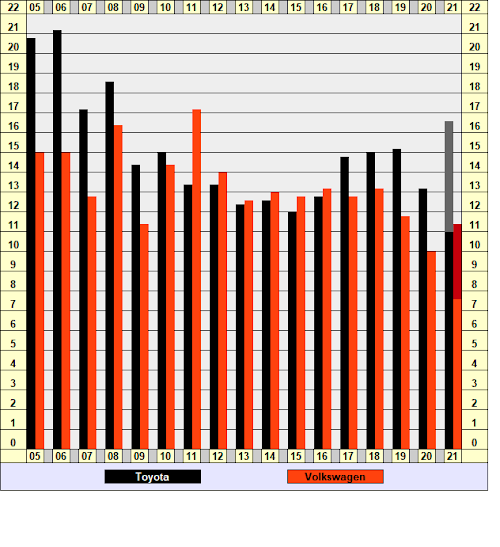