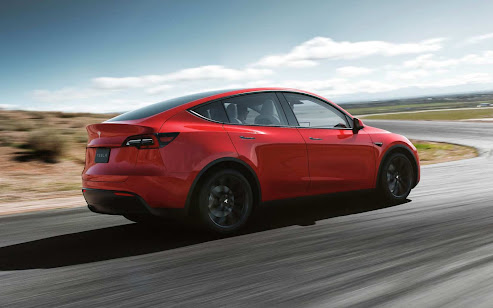 Tesla got a jump on the car industry with its electric cars. Being an exclusive electric car makers is an advantage productionwise as is having an owner with deep pockets. In addition, a faithful following of 'believers' is more than useful. Government incentives have aided the electric manufacturers in general. 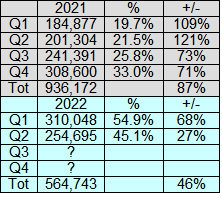 The issue is staying ahead and winning over more to the brand. Each year sales have grown and for 2022 that is still the case. Q2 deliveries were up 27% in the same time a year earlier but supply is a problem for the industry generally.

As the chart to the right shows, Q1 deliveries increased 68% so a slowing is taking place. 2022 first half deliveries are +46% but more was hoped for with two new factories now up and running.

So we will revisit Tesla deliveries later in the year to see how the next quarters pan out. There are many factors at play and not all of them the manufacturer has any control over.