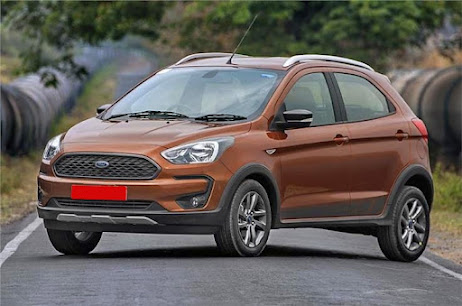 Ford was doing what so many other manufacturers have been doing, trying to make a business case for manufacturing and selling in India. Hovering just below the 3% mark wasn't good enough but little was changing despite little in the way of new models.

2018: One newby was the Freestyle (picture above), a crossover variant of the Figo. I would assume it was a cost effective model and sales were OK for the year but not the next.

2021: It's operation ran up losses in excess of $2 billion dollars in the previous decade! Ford has therefore decided to end sales in the country but for now still exports. There is worker unrest over Ford's decision to end production by the end of 2022. It it still has two plants there, one of these will probably be sold to Tata, which will make the exit slightly more palatable.