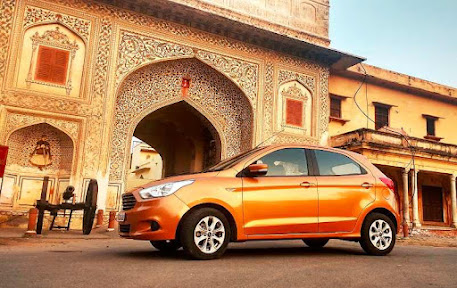 In recent times, Ford started selling cars in India in 1997. From there it rarely reached even a 2% share. Could they ever make a real go of penetrating this market? Let's have a look.

Market share jumped from 1.6% in 2010 to 3.5% in 2011 with the arrival of the compact Figo hatchback. It looked similar to but was small than the Fiesta Classic that was sold alongside it. A good start.

2011: Now sales were close to 4% of the total although so many eggs in the Figo basket wasn't ideal. 2012 held up pretty well with nothing new released. 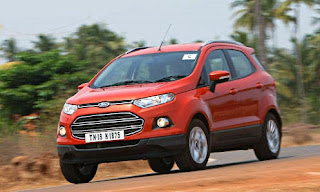 2013: In came the small EcoSport crossover (picture on right), which did well in a country that mainly buys tiny cars. Unfortunately, the Figo was already falling out of favour so all the Ecosport  did was help retain the status quo. At least a new Figo was coming.

2015: The Fiesta Classic finished its run in 2015 and a new generation Figo was released, the Aspire being the 4-door version. It was based on the Ka but sales show it didn't go that well. A new model should lift volume. Things weren't looking so rosy for Ford in India. Would they continue or leave?