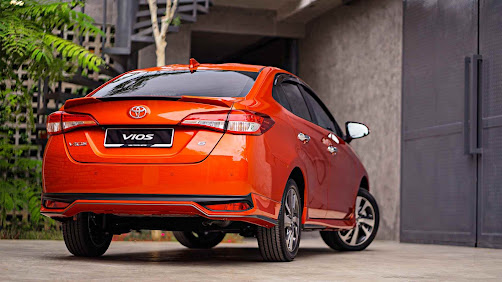 In September registrations were -25% and -9% YTD. Not only are the numbers down on last year, but they are also much worse than the years previous to that.

The market is dominated by two local brands and with import duty on cars not assembled there the choice buyers have is limited.

Perodua (read Daihatsu) is ridiculously dominant but a resurgent Proton took some sales from the former, although the gap is still generous. Toyota brushed aside Honda but is a distant third compared to the local brands.

The '+/-' column below is comparing market share variance for nine months of 2021 with a full 2020. There are a few brands that are not included but all those worthy of note are here at least. 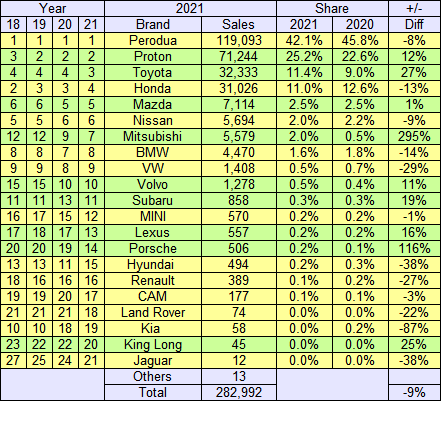