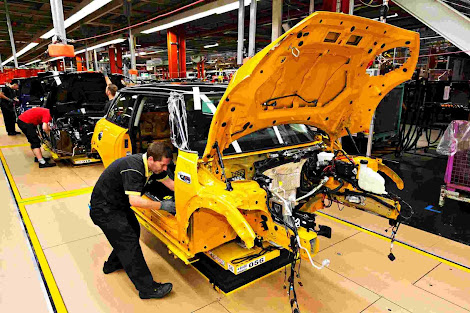 After some years of very good increases in production volume in the UK, several factors came together to scupper the gains being made. Apart from the almost total apathy from their fellow citizens for supporting UK workers (which has been ongoing for some time), the following are some obvious reasons.

JLR moving all the latest models it has recently introduced offshore was a major reason. Nissan pulling back on volume over the past couple of years as it gave up chasing sales in Europe was another. Opel / Vauxhall repositioning itself as a smaller producer yet another.

Looking to the future, Honda has now closed its operation which will take another 8% out of the picture. Vauxhall will soon become a 100% van producer, which will push it exclusively into the commercial vehicle chart. That will be slightly better than the current car production at Ellesmere Port but not when compared to a few years back.

Is there any good news? For 2020 MINI, Toyota, Bentley and Lotus were comparatively successful in maintaining volume. Suzuki sourcing the Swace model from the UK was the best news, albeit a minor contribution. That is the sort of co-operation the industry lacks, although more differentiation between it and the Corolla wouldn't go amiss. 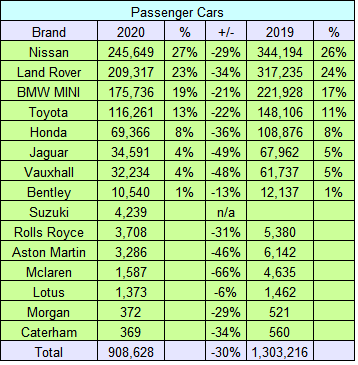 Commercial vehicle production was more robust with a -16% result. The numbers aren't big but better than nothing. Stellantis make Opel / Vauxhall, Peugeot and Citroën vans at Luton and that total comes in one dollop. it accounted for 75% of the total and will rise when the aforementioned switch at Ellesmere Port eventuates.

Leyland DAF trucks and LEVC electric taxis didn't fare too well but Dennis Eagle is soaring. Optare opted to switch to the Switch name for its electric bus operation at Leeds. Wrigthbus in Northern Ireland disappeared off the chart but I'm sure it still operates. 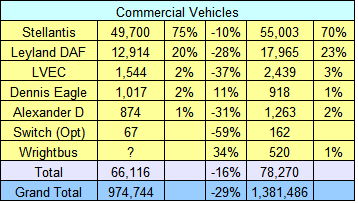 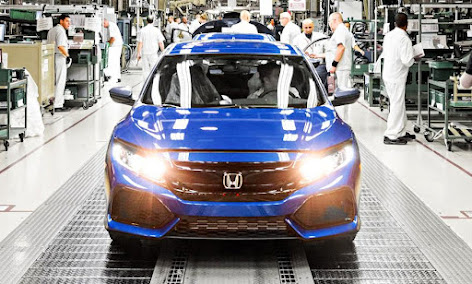