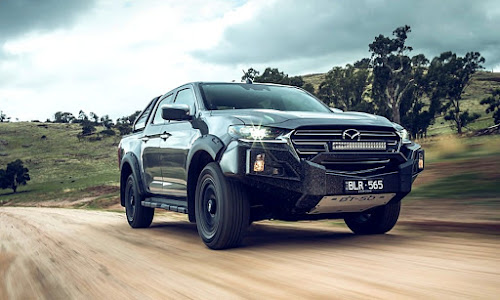 Registrations for all vehicles in September were +21% and +27% YTD. In a world where sales are struggling to get parity with 2020, there seems no problem here. Perhaps the bite is about to be felt.

Most brands had sales increases but the chart below in the '+/-' column is comparing market share variance for nine months of 2021 with a full 2020. It shows who is gaining in real terms.

Toyota is so well regarded here that it is unchallenged for its position at the head of the field. Mazda is comfortable in second place but it's tight from third to sixth. While GM Holden exited last year that GM Chevrolet is booming, albeit on a much smaller scale. The reason is the Silverado truck which is converted to right hand drive for the local market. The same applies to RAM, sales being 2,865 and which are included in the  Chrysler figure.

A point of note is the Chinese invasion. It is now the fourth largest supplier of vehicles to Australia, behind Japan, Thailand and Korea. Volume is up nearly 200% this year, nearly ten times the market's collective increase. MG is now in the top ten, plus LDV, Great Wall and Haval all enjoying success.