This is the second in a series of insightful clarifications of pictures that may otherwise be misunderstood. Years of following the car industry allow such insight. So here we go a second time. 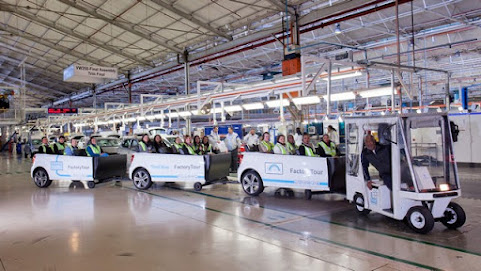 This is a factory tour of a VW plant in South Africa. What isn't known is that the above conveyance was originally intended for game parks. However, trials revealed that those in the carts felt like sitting ducks, riding a gravy train for local lions. So this prototype was snapped up by VW to do factory tours instead. Clever.

A local NZ car magazine (Autocar NZ) prides itself on getting to the point in its road tests. So while the bears in this picture may appear to be simply going along for the ride, it is in fact a subliminal message that says they keep to the bare facts. So subtle you probably missed that one. 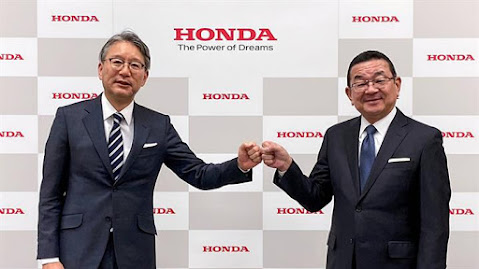 In some companies, the new CEO is decided with a boxing match. Here is a weigh-in, all very polite but the clenched fists indicate they mean business.
And the winner is... 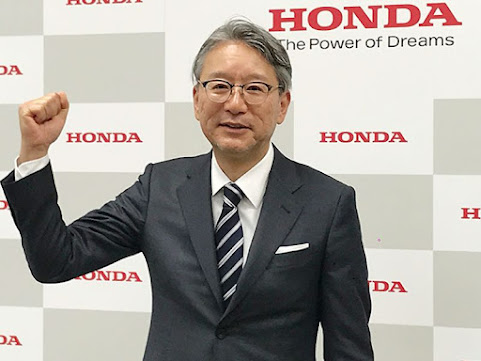 Well done sir, You must have dreamed about this outcome as dreams have power. 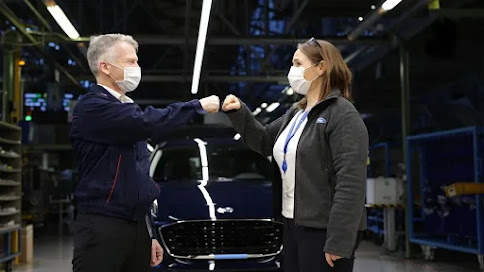 At first appearance, this may seem like a fist bump but the medal around the lady's neck is the giveaway. She is obviously the world champion at rock-paper-scissors. The fact this is taken at a car plant is irrelevant. It's a way of celebrating this momentous achievement at her workplace. First up effort a tie. 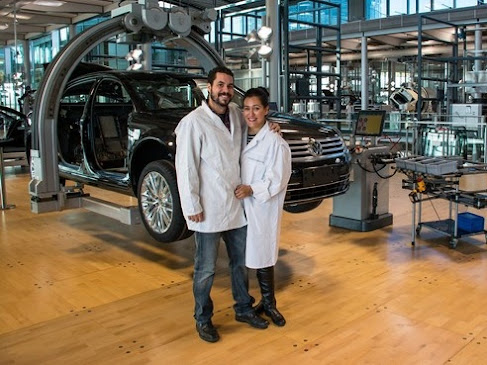 Social distancing has been around for about a year now and many have forgotten, or feel awkward about, more normal interacting with colleagues. In this plant, workers have been encouraged to practice working closer together. Erm... not too close, please.

For the others in the series, simply click the links below:
Number One ; Number Three
Posted by RayCee at 22:00