Below is a France graph or as I call it fra gra. Culinary jokes aside, it becomes clear the strength of French brands in their homeland. Renault has been the kingpin for so long but is currently fighting off Peugeot for that position. Citroën was closer to the two leaders but has fallen back since around 2010.

Ford and Opel were quite well placed in 2005 but over the decades, the trend has been downward. VW has held steady through some financial downturns but this 2020 well and truly beat it. Dacia is owned by Renault and benefits from that connection, surging from 2005 but it too succumbed to the virus. Toyota gained through the 1990's and early 2000's and in 2020 fared better than others. 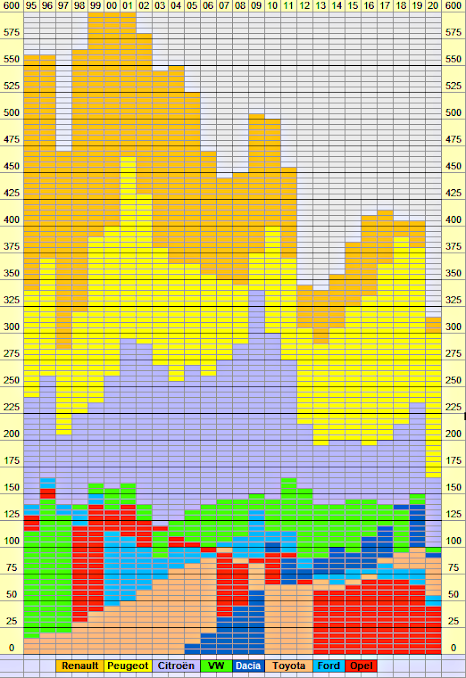