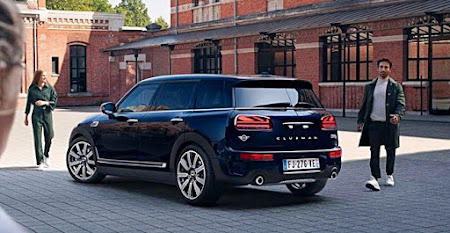 France doesn't have a premium brand unless one counts the fringe player DS which has recently been created for that purpose. It should morph into something more premium rather than being a Citroën with bling, which seems to be what's happening.

German premium marques are the mainstay of this segment. Back in 2000, it was Mercedes, followed by Audi. The arrival of the MINI just after that gave impetus to the company's sales and has led since 2007. Audi got the better of Mercedes for a few years but M-B struck back. DS came on quickly but is now regrouping after a sales retraction.

As for the bottom feeders, Alfa Romeo has been quite popular but even dabbling in an SUV hasn't been enough to avert a slump. Volvo is slowly on the up and JLR has meandered along without ruffling competitor's feathers. 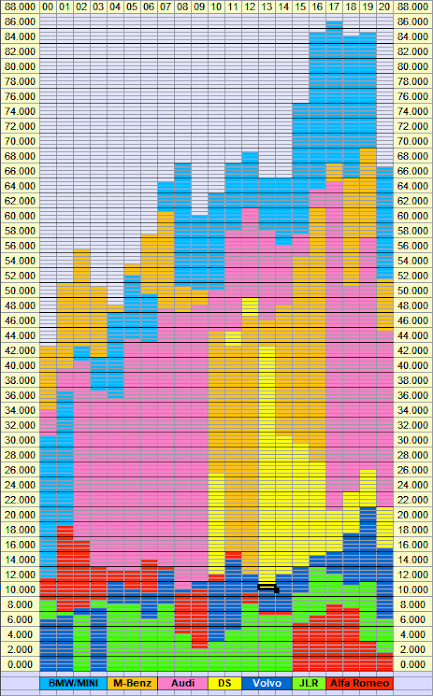