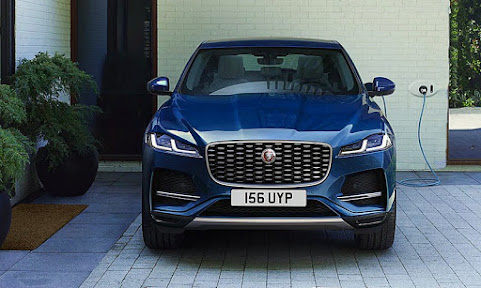 I've chosen the five main premium groups which are the biggest selling anyway. I seem to get statistics so generally aren't into pie charts and the like but a bar graph like this does give perspective to data over a long period.
Here we see back in 2000 BMW narrowly led Mercedes with JLR just ahead of Audi and Volvo in touch with the others. Then the segment took off at about the time the MINI arrived. This worked out brilliantly well for BMW as a strong lead was established.
Audi then got past Mercedes and JLR pursued them while Volvo stagnated. For the latter that was a common situation. Recently Volvo has strengthened its position although with some way still to go. JLR should do better in its home market but loyalty is something lost to many in the UK.
Which leaves the top three. Mercedes got back to second but 2020 had them and Audi about even with Mercedes enduring a huge drop. BMW/MINI is still well ahead but felt the drop no doubt. 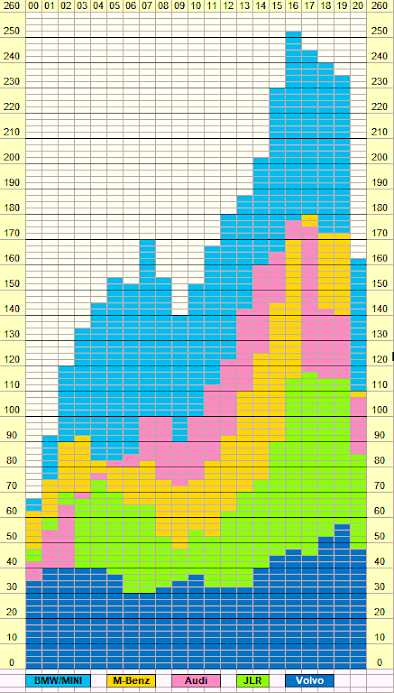